Sudden, painless changes in vision could mean you’re experiencing a rare type of stroke caused by a blood clot in the retinal artery. It’s important that everyone is aware of these symptoms because getting emergency care quickly is crucial to preserving your vision and preventing blindness.

“Eye strokes are just as serious as brain strokes and need to be treated with the same level of urgency,” said Duke vascular neurologist Brian Mac Grory, MB BCh BAO. “Unfortunately, many people with these symptoms don't get to the emergency department quickly enough to save their vision.”

Duke Stroke Center Medical Director Wayne Feng, MD, agrees. Because eye strokes -- doctors call them central retinal artery occlusions --  are not as common as brain strokes, they may not be recognized as quickly or they may go undiagnosed altogether, he said. However, progress is being made. In fact, the American Heart Association and the American Stroke Association recently released a statement highlighting that eye strokes are a warning sign of future brain strokes and require immediate treatment.

When Blanchie Marston Stevenson of Raleigh experienced symptoms of eye stroke, she got the care she needed fast. Stevenson, who is 72, was talking to her friend on the phone one evening in early April when she realized something was wrong. “All of a sudden my right eye went dim,” she said. Stevenson’s friend took her straight to the emergency room at Duke Raleigh Hospital. There she received a blood-clot-busting drug called tissue plasminogen activator, or tPA. To be safe and effective, tPA must be given within four-and-a-half hours of the onset of stroke symptoms.

A short while later, Stevenson was transferred to Duke University Hospital to begin hyperbaric oxygen therapy. Originally developed in the 1930s to treat decompression sickness in scuba divers, hyperbaric oxygen therapy uses pressurized chambers to deliver high levels of oxygen to the bloodstream and retina. The increased oxygen helps boost the retina’s function as it recovers from the stroke.

As she completed hyperbaric oxygen therapy sessions over the next few days, Stevenson’s vision became less and less dim. Now back at home, she can do everything she did before the eye stroke.

“If I had waited longer to go to the hospital, I probably would've ended up losing more of my vision permanently. I think taking initiative and going to the hospital right away saved me,” Stevenson said.

According to Duke neuro-ophthalmologist Chantal Boisvert, MD, OD, in the months after having an eye stroke, people like Stevenson need to be followed by several specialists. Neurologists who specialize in stroke care and prevention evaluate and address risk factors for future strokes. Ophthalmologists and retinal specialists treat complications in the eye and work to prevent further vision loss. Low vision rehabilitation therapists help people adjust to vision deficits.

Duke plans to bring all these specialists together in one clinic. The Duke Eye Stroke Clinic, which is slated to open in summer 2021 within the Duke Eye Center, will make it easier for patients who’ve had an eye stroke to receive coordinated care in one convenient location.

“Our goal is to bring those specialists to the patient instead of making the patient go to the specialists,” Mac Grory said. “Bringing everyone together under one roof will allow us to offer a level of care that's not available at many other hospitals.”

Facebook Twitter
Ready for an appointment?
call us at
855-855-6484
Doctors Consulted for This Article
Featured Doctors Images 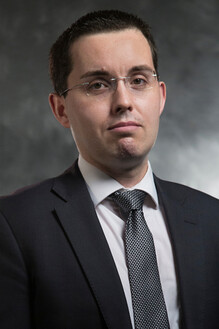 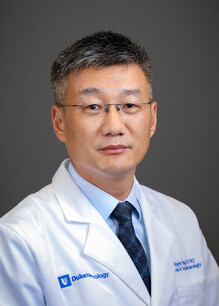 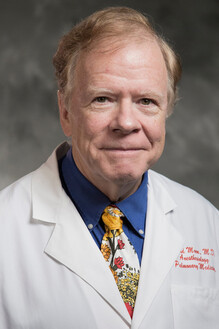