If your toddler snores, don’t ignore it. Loud, constant snoring in two to three-year olds may be connected to behavioral problems, according to a study published online in Pediatrics. In the study, nine percent of children who snored loudly were more likely to have behavioral issues than those who didn’t snore.

“Snoring in children is not normal,” says Richard M. Kravitz, MD, a pediatric sleep disorders specialist at Duke Children’s Hospital and Health Center. “My rule is if your child snores, you have to ask more.”

According to Dr. Kravitz, snoring in children is caused by a narrowing of the upper airway, most commonly from either the way the child’s face and sinuses are developing, enlarged tonsils and adenoids, or being overweight. It may also be caused by poorly controlled allergies or asthma. Sleep apnea, a common disorder characterized by snoring accompanied by abnormal pauses in breathing during sleep, may also be to blame, because it can disrupt sleep.

“When an adult doesn’t get enough sleep, we are tired, grumpy and sluggish,” Dr. Kravitz said. "But children who are chronically tired can either be tired or may act out their sleep deprivation by becoming hyperactive. That can often lead to behavioral problems.”

Dr. Kravitz is quick to point out that not all snoring leads to behavioral problems. Still, he recommends that parents to take their child’s snoring seriously as it may signal a deeper issue.

“If snoring only occurs when a child is sick, there probably isn’t much to worry about,” Dr. Kravitz said. “But if snoring occurs on a regular basis, then see your pediatrician or seek a sleep specialist for further evaluation and possible treatment.”

Specialists often conduct sleep studies to determine if the patient just has snoring or the more concerning obstructive sleep apnea and to determine the best treatment for any sleep disorder. Some of the remedies may include weight loss, or tonsil or adenoid removal. In some cases, doctors may prescribe a device called CPAP –Continuous Positive Airway Pressure – which can help air flow while sleeping. 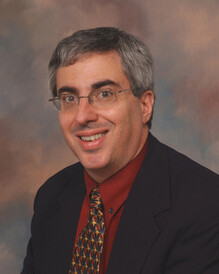