Passing out. Blacking out. Keeling over. Whatever you call it, fainting can be frightening—especially when it happens to your child. The medical term for it is syncope, and it means losing consciousness due to reduced blood flow to the brain. But why does it happen? Is it serious? We asked Duke pediatric cardiologist and heart rhythm specialist Salim Idriss, MD, PhD, for answers.

You’re a cardiologist who sees children and teens who faint. Does that mean pediatric syncope is caused by a heart condition?

Not necessarily. In fact, most fainting episodes in children are not the result of any heart abnormality. Most fainting in children and young adults is “vasovagal syncope”—or the common faint. It looks like this: someone is upright and starts to feel lightheaded and becomes pale and sweaty. They might see spots or have tunnel vision. They may seem confused or not make sense when they talk. In some cases, there may be some slight shaking or twitching movements. Then, they faint. Or not. In some cases, a person has these symptoms but doesn’t actually faint. When they lie flat, blood goes to the head and they tend to recover quickly.

What causes this type of fainting?

It is caused by a development-related malfunction of the body’s autonomic nervous system—the system that controls involuntary functions like heart rate and perspiration. Normally, when you stand up from lying down, your adrenaline and heart rate go up to keep enough blood moving to the brain. After the blood moves up, adrenaline and heart rate calm down. But the autonomic controls in some children are not fully developed, so the process might not work the way it should. In certain circumstances, as heart rate and adrenaline go up, a reflex is triggered in the brain that basically says, “Shut it down.” Blood pressure and heart rate can drop, resulting in fainting.

So standing up too quickly is the trigger?

It’s one trigger. There’s also something called situational syncope. This is when other things—strong emotions, seeing blood, swallowing a big piece of food, even hair braiding or urinating—trigger fainting.

Will kids with this problem grow out of it? What can you do to help prevent fainting episodes in the meantime?

I see children of all ages for fainting, but the average age for this to peak is around 14. Most people outgrow this type of problem, but some will continue to have problems as an adult. As for prevention, understanding the cause of the problem is the first step. However, staying hydrated is important for prevention. Water is the most common “prescription” I hand out. When you have this problem and are not hydrated, the heart doesn’t have enough blood volume to pump to the brain, causing dizziness or fainting. Besides hydration, simple body movements could help prevent fainting. Since blood is trapped in your legs, simply crossing your legs and squeezing your thigh muscles can cause dizziness.

How do you determine whether the fainting is caused by something more serious?

The evaluation for fainting should include a thorough history of what happened. My evaluation starts with listening to the patient. I’ll ask what they remember about the fainting episode, when they started to feel bad, who saw it happen, what happened just before. Most people don’t remember these details until you ask them. We also go into the family’s history, as some causes can be genetic. In addition to the history and a physical exam, an electrocardiogram [a test of the electrical activity of the heart] may be performed. I may also do orthostatic testing—comparing heart rate and blood pressure while lying flat to standing up. We may do an echocardiogram to look for structural abnormalities of the heart. We might conduct an exercise test—sometimes called a stress test. If I am concerned that it may be related to a possible seizure, I might refer a patient to a neurologist.

Why do some people faint after exercise?

If your child talks about his or her heart racing, feeling faint, or actually fainting on the field, there must be an evaluation by a cardiologist. Athletic sudden death is incredibly rare; still, parents need to stay in touch with their children about their symptoms. An adolescent who may be worried about permission to play may not spontaneously talk about problems. In addition, many teens just assume that symptoms they have are normal. 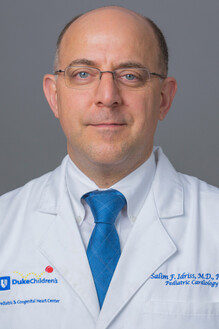 How to Evaluate a Pediatric and Congenital Heart Surgery...
By Morgan deBlecourt

Advances in Norwood Procedure Lower Risk in Babies with...