Not all women have calcifications in their breasts—but most do. These deposits show up as tiny white spots on a mammogram, and there may be only one or two, or too many to count, says Jay Baker, MD, a breast imaging specialist at the Duke Cancer Center. “Most people assume that what doctors are looking for on a mammogram are lumps,” Dr. Baker says. “That’s only half the story.”

“Calcifications are flecks of calcium salts that are deposited in the breast tissue—as well as other tissues in the body, including the skin or blood vessels,” Dr. Baker says. “You can’t feel them in your breast, the way you can a cyst. We only know they’re there when they show up on your mammogram.”

Breast imaging specialists like Dr. Baker determine if calcifications are worrisome by looking at the size, shape, and distribution of the flecks, and at any associated mass that might appear in the breast tissue at the same time.

The good news is that the vast majority of calcifications are quite clearly harmless—nothing for you to worry about. Ever. For that reason, their presence may never have been mentioned to you or included in your mammogram report. “When I talk to women about their calcifications, by and large they haven’t heard of them,” Dr. Baker says.

These harmless kinds of calcifications are called “benign.” The term was established by the American College of Radiology, which came up with a standardized way of describing mammogram findings and results—and what to do next. This system is called the Breast Imaging Reporting and Data System (BI-R ADS).

The next BI-R ADS category is “probably benign.” Again, not much to worry about. “The calcifications in this category have less than two percent chance of being precancerous cells or cancer,” Dr. Baker says. “And the small number that do turn out to be malignant are very early stage cancer.”

At Duke, calcifications deemed “probably benign” are reviewed on a diagnostic mammogram in six months to see whether there has been any change. The calcifications are followed carefully over two years, and if they remain stable, you can return to routine screening mammograms without ever having a biopsy.

If your doctor determines that the size, shape, or distribution of calcifications could indicate cancer, they might be put in one of the “suspicious” BI-R ADS categories. In short, that means a biopsy is necessary for your doctor to learn more about the spot or spots.

Still, especially when it comes to calcifications, a call for a biopsy is not a reason to panic, Dr. Baker says. “When I see calcifications only, I am usually less worried about breast cancer, but I might be concerned about DCIS.”

Ductal carcinoma in situ (DCIS) is a precancerous state in which cells lining the milk ducts look like cancer cells, but the cells have not spread through the walls of the ducts. Usually, DCIS will be removed through surgery. “If we find these precancerous cells, we can essentially prevent cancer,” Baker says.

Also, don’t worry about drinking too much milk or eating too much yogurt. “Breast calcifications have nothing to do with your diet,” Dr. Baker says. “Take your calcium supplements.”

To make it as easy as possible to get your mammogram, Duke Health has several locations in the Triangle. To make an appointment, call 855-855-6484.

Who is Reading Your Scan?

What difference does it make that the doctor who looks at your mammogram only does breast imaging? All day long? Like any job, the more you do it, the better you get at it. “It’s valuable to know whether your scans are being read by a dedicated breast imager,” says Dr. Baker. Images taken at the Duke Cancer Center, Duke Health Center at Southpoint, and Duke Radiology at Patterson Place are read by a dedicated breast imager.

Likewise, it can make for a better mammogram experience if your technologist only does breast imaging. “It makes a huge difference,” Dr. Baker says. “They know how to make it comfortable for you while getting the best images possible.”

Schedule Your Next Mammogram 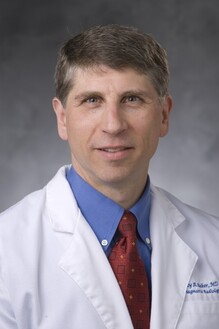