Ask a parent if their teenager occasionally experiences mood swings and they will probably laugh at the understatement. Many believe it’s normal for teenagers to be moody. And, for the most part it is.

That doesn’t mean parents should throw their hands up in defeat. Instead, parents need to engage their teenagers and teach them ways to cope with new stresses. Parents also need to know the difference between occasional bouts of moodiness and teenage depression. Ignoring the signs can lead to serious consequences.

Knowing how to respond to your moody teen and when to take action will ensure your child grows into a healthy adult.

Its no wonder teens are moody. Think of it as a perfect storm of physical, social, biological and hormonal changes, which often converge right around the time they are trying to fit in during the transition to a new middle or high school.

Their bodies are starting to change and develop as they move through puberty, which can sometimes lead to insecurities about their body image, explains Monica Barnes-Durity, MD, a family medicine physician at Duke Primary Care in Morrisville. “They are also being exposed to many visual cues from the media and their peers. The different social factors can influence how adolescents think they should look, feel and talk.”

At the same time, the teenage brain’s limbic system, which is responsible for emotion, impulsivity, rational thought and behavior, remains underdeveloped, explains Richard Chung, MD, an adolescent medicine specialist with Duke Health.  As a result, they are less likely to control their impulses – which notoriously get teens in trouble – their rational thoughts, and their emotional outbursts.

While the hormonal imbalance associated with puberty can also lead to teens’ emotional rollercoasters, new research indicates another hormone, called THP, may also be to blame. The brain-producing TSH calms adults, but research shows it actually increases anxiety in teens, which can – you guessed it - result in episodes of moodiness.

What’s a Parent To Do

When teens start to talk back, cry for no apparent reason, or storm to their rooms in anger, many parents don’t know what to do.

“Even though your child may be pushing back with a negative attitude, you don’t have to stay back,” says Dr. Barnes-Durity. What’s most important is that you support your child through this change

Know the signs of teenage depression

Problems occur when parents think moody teens should be left alone. Extensive bouts of moody behavior can signal teenage depression, which is on the rise. Recent reports indicate one in five teens suffer from clinical depression.

Teenagers who become withdrawn, communicate less with parents, siblings and friends, experience changes in their sleeping and eating habits and lose interest in their favorite activities may be experiencing depression. “If mood swings are persistent, if they last more than two weeks, if they persist abnormally long after the typical ups and downs of losing a game, or breaking up with a girlfriend or boyfriend, they should be addressed,” says Dr. Chung.

Parents who are troubled by their teenager’s changing behaviors should speak to their primary care provider, who can assuage concerns, or recommend the child be seen by a behavioral health specialists. “Parents may want to ignore their teens behavior, or push the idea of seeing a therapist aside, but it is important for children to be assessed by a professional when appropriate,” stresses Dr. Barnes-Durity.

Studies show most teenagers with depression are undiagnosed or diagnosed and untreated. “We know that early detection and early treatment will not only help today and tomorrow, but also in the future,” says Dr. Chung. 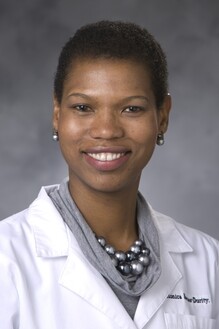 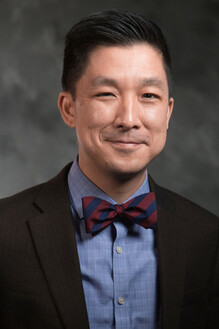 Should You Get an Annual Physical?
By Bryan Roth
Back To Top