“At the beginning, it was, ‘how do we save our son?’ Owen’s mom Tayler said. “But our hope then turned into, ‘I hope this can help other children. It’s amazing what this could potentially do for the world and the medical community.”

While she was still pregnant, Tayler Monroe and her husband Nick learned their son Owen had a rare congenital heart defect called truncus arteriosus. The condition creates one large blood vessel leading out of the heart instead of two smaller ones. The Monroes were told their son would need several major heart surgeries before he reached puberty. However, shortly after Owen was born, doctors also discovered the valve on the top of his heart was leaking significantly. This meant Owen either needed new heart valves or a heart transplant right away.

“In this day and age, it takes about six months for a child his age to get a heart, and we didn’t have that time,” said Joseph Turek, MD, PhD, Chief of Pediatric Cardiac Surgery at Duke. “Even though we had him listed for a normal heart transplant, we suspected we weren’t going to make it that far.” 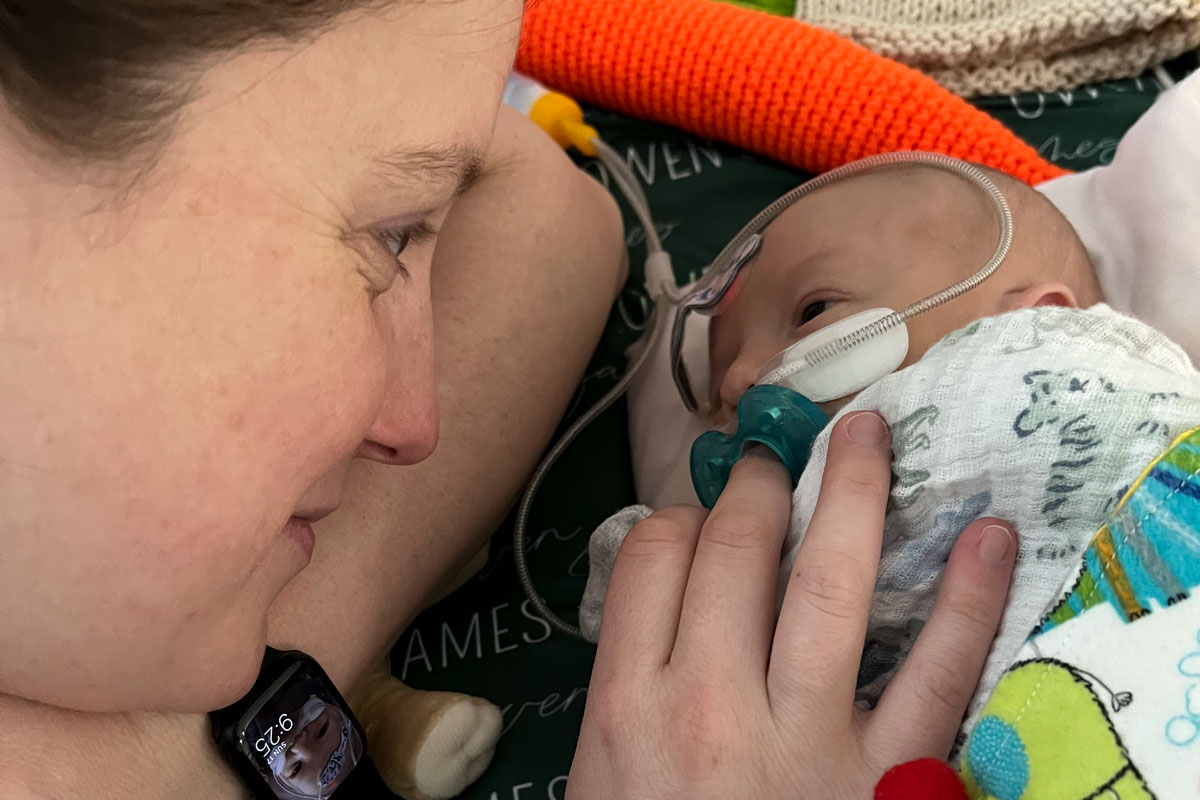 “We could be extending the life of that child by potentially decades or more,” said Dr. Joseph Turek, a Duke pediatric heart surgeon.

Dr. Turek and his team offered another option -- a living-tissue partial heart transplant. Previously only done in pigs, this revolutionary surgery would solve two problems. First, it would greatly reduce the amount of time spent waiting on a donor heart. Second, unlike a standard cadaver heart valve, the living tissue would grow along with Owen, meaning he may not need follow-up operations to replace the tissue once it becomes too small.

“It’s a lot on a child to have one heart surgery, let alone to have multiple heart surgeries over a lifespan,” Dr. Turek said.

At just five pounds and less than a month old, Owen underwent the eight-hour surgery. He recovered well and was able to leave the hospital with his parents about seven weeks later.

Now about five months old, it’s hard to notice much difference between Owen and other babies his age. He’s reaching all the normal infant developmental milestones, his check-ups show that his heart is functioning well, and his heart valves aren’t leaking.

“I still don’t think I have comprehended the magnitude of the medical and technological advances that [Owen] represents,” said Nick.

“We couldn’t ask for a better outcome to this entire story,” Tayler said.