Overuse injuries are becoming more common among youth baseball pitchers as games are played year-round and leave little time for rest. As a result, more youth pitchers are undergoing Tommy John surgery and require months of physical rehabilitation. Here's what you need to know to prevent the need for Tommy John surgery in your young pitcher.

Youth athletes who play baseball more than eight months a year and play on multiple teams are increasing their risk for elbow injuries, said Marc Richard, MD, a Duke orthopaedic surgeon. That may explain why more high-school athletes are undergoing a procedure called Tommy John surgery.

“Kids are starting sports at younger ages, they are playing on travel teams and school teams at the same time, and are playing baseball year-round,” said Dr. Richard, a hand and upper-extremity specialist. “There’s no longer an off-season. Studies show the number of innings pitched and the number of pitches per outing are directly related to the increased prevalence of throwing injuries.”

At the same time, Dr. Richard said, pitching technique is a contributing factor. “The way people throw now is different from how people threw in the past. There may be some changes in technique that are contributing to the increase in pitching injuries as well.”

Tommy John surgery is performed frequently on major league baseball players, who often rely on it to extend their careers. During the procedure (also referred to as elbow ulnar collateral ligament reconstruction), the ligament in the elbow that connects the upper arm bone to the forearm bone is replaced with a tendon from elsewhere in the body. The surgery requires months of rehabilitation, Dr. Richard said.

Perhaps because of its prevalence among major league players, some young players mistakenly believe that Tommy John surgery can make them throw harder and faster. That’s a fallacy that Dr. Richard quickly dispelled with facts. “In multiple large studies, only eight out of 10 patients are able to return to pitching at the same level they were at the time of their injury,” he said. “That means one in five patients are not even able to perform as they were before their surgery.”

How to Prevent Overuse Baseball Injuries

Here’s how you can ensure your young pitcher avoids the need for surgery and decreases his or her risk for overuse injuries:

Work with a qualified pitching coach.
He or she can evaluate your athlete’s pitching technique and identify problems with the mechanisms of his or her pitch.

Improve strength.
The way to prevent elbow injuries is to avoid pitching with just the arm. Learning to use the muscles in the thighs, core, and back takes the strain off the elbow and leads to faster pitching and decreased risk of elbow injuries. A sports physical therapist can identify your son's or daughter's weaknesses and teach exercises that maximize core, trunk, and back strength.

Work on your shoulder flexibility.
Studies show that more shoulder and elbow injuries occur in people with stiff shoulders, especially those with a loss of internal rotation. A sports physical therapist can teach ways to improve shoulder flexibility, which will decrease injury risk.

Don’t pitch with pain.
Recognize the signs of fatigue and discomfort.

Warm-up adequately before each practice or game.

Get enough rest.
If you're looking for a scholarship or your child wants to make baseball a career, playing may make him or her better, but too much of a good thing will increase their risk for injury. Taking an off-season rest or cross training with a non-throwing sport improves the odds that he or she won't experience an overuse injury when they want to perform at their maximum potential. 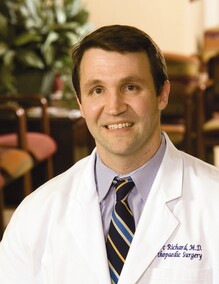