One year after bariatric surgery, Jason Hunning was able to ride rollercoasters and skydive -- things he had unable to do before because of his weight. "I never expected this to change my life so much," he said.

Jason Hunning had struggled with his weight since his pre-teen years. He was great at losing weight -- once he even lost 100 pounds -- but like most people, was not great at keeping it off.

By the time he was an adult, Hunning had high blood pressure, high cholesterol, and was borderline diabetic. He weighed 360 pounds. "I had given up trying to lose the weight," he said. "It just wasn’t working for me.”

Hunning began considering weight loss surgery. Since he had friends, family members, and coworkers who had had the procedure, he knew it could be successful. He also knew it was not a quick fix. “I was concerned because it was a big life decision, but it was an easy decision at the same time,” he said. “I wanted to get healthy.”

The special education teacher from Raleigh did his homework, investigating the weight loss surgery programs at more than one local hospital, as well as the different procedures available. In fact, he researched all his options for about five months. He chose Duke Regional Hospital, and the gastric bypass procedure.

“The Roux-en-Y gastric bypass is one of the most commonly performed weight loss procedures at Duke,” said Jin Yoo, MD, Hunning’s surgeon. “Sleeve gastrectomy, adjustable gastric banding, and the duodenal switch are the other three. In gastric bypass, we create a small stomach ‘pouch’ to help the patient eat more slowly and ultimately, less. Re-routing the intestines further assists with weight loss by helping to reduce hunger and to achieve a feeling of fullness with smaller portions.”

The American Society for Metabolic and Bariatric Surgery reports that people typically lose between 60 and 75 percent of their excess weight in the first year after bariatric surgery, and maintain 50 percent excess weight loss five years after surgery.

Hunning had his surgery in June 2011. A year later, the procedure -- plus careful attention to his diet and physical activity -- helped him get down to just under 200 pounds. Five and a half years after his surgery, Hunning said his weight now tends to stay between 210 and 220 pounds, making his results better than what's typical. While he does take medication for high blood pressure, he reports that his blood sugar and cholesterol are now within normal range.

Since the surgery, Hunning has been able to do things his weight kept him from doing, such as riding rollercoasters, skydiving, and hiking long distances in the mountains. “I feel stronger than I've ever been,” he said. “I never expected this to change my life so much. I have confidence and self-esteem now. When you spend your entire life overweight, you don't realize the effect it has on you until the weight is gone.” 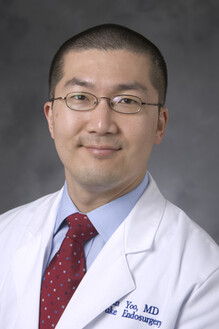 Life After Adolescent Weight Loss Surgery
Back To Top