Leg cramps are uncomfortable, sure, but most of us discount them. After all, it’s hard to get worked up about a condition commonly known as a “charley horse,” for which your mother might tell you to eat more bananas. But when leg pain starts regularly stopping you in your tracks, it’s time to take it seriously.

"Leg pain is like back pain, in that millions suffer from it,” said Duke cardiologist Manesh Patel, MD. “Most assume that all leg pain is musculoskeletal or nerve-related, but people need to know that some forms of leg pain can be the first sign of heart disease.”

Claudication is the medical term for leg pain that happens during activity. “Most describe the pain as a cramp, occurring while walking, that is relieved with rest,” said Dr. Patel.

When such leg pain occurs each time you engage in exercise or movement, and it stops soon after you stop, it could be a sign of peripheral arterial disease, or PAD.

PAD occurs when major blood vessels that supply blood to the limbs and other important areas of the body become partially or completely blocked by the buildup of fatty deposits.

This hardening and narrowing of the blood vessels, called atherosclerosis, occurs throughout the body, but in patients with PAD it can show up as leg pain, said Dr. Patel. “The more you use your muscles,” he explained, “the more blood flow you need, but that flow becomes restricted due to the buildup,” resulting in a cramping sensation.

“Unfortunately,” said Dr. Patel, “people who have this condition tend to dial down their physical activity to avoid the pain,” instead of seeking the advice of their physician. That can be a dangerous move, because people with PAD -- particularly smokers and diabetics -- are at risk for a lethal heart attack or stroke, and some severe cases can lead to limb loss.

The risk factors for PAD are much the same as those for heart disease: obesity, high blood pressure, high cholesterol levels, smoking, and diabetes. And, as with heart disease, there are many things that can be done to slow the progression of PAD, especially when it's caught early.

“We can successfully treat PAD,” Dr. Patel said. “We can reduce the risk of complications, and we can also help relieve your symptoms, but you need a diagnosis.”

That means taking recurring leg pain seriously, especially if you have the risk factors for PAD and heart disease. “If you get calf, buttock, or leg pain when you walk, requiring you to stop and rest, ask yourself: ‘What would I do if this was chest pain?’ You would probably get it checked out, even if you thought it might just be heartburn or reflux. This could be your equivalent of chest pain.”

Now What? After a PAD Diagnosis

What’s most important about having peripheral artery disease (PAD) isn’t the PAD itself -- it’s what it says about your risk for other, life-threatening conditions.

Cynthia Shortell, MD, head of vascular surgery at Duke, says that being diagnosed with PAD means one thing for certain: You’ve got atherosclerosis -- otherwise known as hardened arteries. “And you should definitely seek treatment and evaluation for that,” she said, as it’s a major risk factor for heart disease and stroke.

But she says that PAD is not, in and of itself, a condition that requires aggressive treatment in all people. Choosing treatment (or not) often depends on how much your symptoms interfere with your life.

In those with mild to moderate symptoms, Dr. Shortell says three therapies are most often recommended:

For people with severe symptoms -- persistent, debilitating leg pain or wounds that won’t heal -- surgical procedures can open up the blocked veins. These are similar to the procedures used to open blood vessels in patients with advanced heart disease: opening a blocked vein by placing a balloon or stent into the vessel, or performing a bypass using a vein taken from the patient’s thigh.

Dr. Shortell says that for most patients with claudication, deciding to have one of these surgical procedures is not unlike the decision to have knee replacement surgery. “It’s a quality-of-life decision,” she said.

The effects are long-lasting, but not permanent -- so in younger patients, or patients who have health problems that may require a bypass surgery later on, physicians often advise delaying extensive surgical treatment for as long as possible.

“We usually reserve bypass for very severe cases, such as those where, if you don’t do something, the patient may lose his leg,” said Dr. Shortell. But she notes that very few people -- fewer than 5 percent -- will actually lose a limb due to PAD. Diabetes, kidney disease, and smoking are the main reasons that PAD could become a limb- and life-threatening condition. 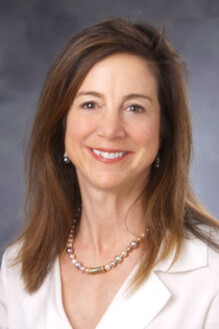 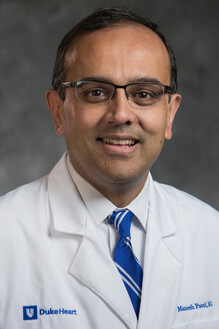