Ja’Kye Mason was born with a heart defect that put his life at risk. Medications and several surgeries weren’t enough to keep Ja’Kye’s heart healthy. At only 9 years old, Ja’Kye received a ventricular assist device (VAD) that is normally used for adults. The VAD helped keep Ja’Kye’s heart pumping until he received a heart transplant 10 months later. Since then, Ja’Kye has regained his energy and is able to run and play with his brothers. According to his mom Sharday, Ja’Kye said it feels good to have a new heart.

Shortly after Fayetteville resident Sharday Mason found out she was pregnant with twins, she learned that one of the babies would be born with a heart defect. Hypoplastic left heart syndrome, or HLHS, happens when the left side of the heart develops abnormally in the womb. After the twins were born in 2010, Ja’Kye spent the majority of his first year of life at Duke University Hospital.

Before the age of six, Ja’Kye had undergone three heart surgeries -- collectively called single ventricle palliation -- that essentially re-plumbed his heart in stages. He was stable for a few years, but his heart weakened as he got older. He was evaluated for a heart transplant and placed on the official waitlist in 2017. In the meantime, despite starting an IV medication to boost his heart function, Ja’Kye needed more support.

Due to his age and difficult-to-match antibodies, Ja’Kye’s doctors knew it could take a year or more before a viable heart would become available. To support his heart until transplant, Ja’Kye’s doctors worked with Duke’s ventricular assist device (VAD) team to design a plan for VAD placement. In May 2019, the mechanical heart pump was surgically attached to Ja’Kye’s heart to help it distribute blood throughout his body. As with all VADs, wires from the pump inside his body were connected to a controller on the outside of his body through a small hole in his abdomen and a tube called a driveline. The controller -- a small computer that operates the pump -- was powered by large batteries.

Ja’Kye’s first couple months with the VAD were rocky, as his heart and body adjusted to the device. “For the next two months, it was just a battle to keep my baby on this Earth,” Sharday said. But after Ja’Kye’s breathing tube was removed, everything changed. “It just seemed like he was a different child,” Sharday said. “His progression was so quick after that. In two weeks, he was somewhat back to his normal self.”

Soon Ja’Kye was able to go home and get back to some normal activities. “He played in the yard. He played ball, ran, danced. He did everything with the VAD,” Sharday said. “The batteries are around three pounds each, so for him to be so small, he handled it very well.”

In March 2020, Ja’Kye developed a minor infection that required antibiotics and a short hospital stay. The day after he went home, Sharday got the call that a donor heart was available. Ja’Kye broke down. “He said that he was scared because he didn’t know if it would work, even though his dreams were finally coming true,” Sharday said.

Apart from some minor setbacks, Ja’Kye recovered well after the transplant and went home with his new heart a short time later. With more energy and free of the VAD, he spent the summer swimming with his brothers Ja’Kori and Terrell.

“He did awesome,” said Leigh-Ann Neal, MSN, CPNP-AC, a nurse practitioner who has been working with Ja’Kye since 2017. “He had a long wait time for his transplant, and usually the longer you wait, the more complications you have.” These days he is a totally different kid, Neal said. “He has so much energy, so much sass. He's hilarious.”

“We have overcome so many different obstacles. Now Ja’Kye can dream and do whatever he wants.”

Getting Back to Normal Life

Sharday said Ja’Kye is doing everything that he's always wanted to do and is enjoying just being a regular kid. “It has been a long 10 years, but I'm happy that we have come to this point in our journey. I'm thankful that the Duke doctors have become like our family.”

Ja’Kye’s pediatric heart transplant cardiologist Michael Carboni, MD, said the Masons have met each challenge head on. “We talk about heart warriors and fighters, and Ja’Kye and his mother are just that. Ja’Kye is pretty shy, but he really fought through everything we did for him.”

According to Carboni, having access to Duke’s VAD team was key for Ja’Kye. “Working together as a team and with the support from the VAD group, which is one of the best in the nation, we were able to help get him through to transplant,” he said. “Other, smaller centers, places with less experience, may not have approached it the same way.”

Since Ja’Kye’s unique VAD surgery, other kids have received the same kind of VAD at other centers across the country. “I'm glad that Ja'Kye's experience with the VAD has made things better for other families,” Sharday said. “We have overcome so many obstacles. Now Ja’Kye can dream and do whatever he wants.” 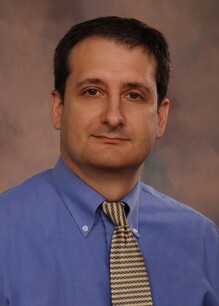 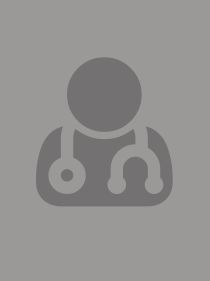 Alternatives to Heart Transplant? You Have Options
By Morgan deBlecourt

Can a New Device Make More Hearts Available for Transplant?
By Debbe Geiger
Back To Top