Susan Ferguson struggled with her weight for years before opting to undergo bariatric surgery.

Deciding to have bariatric surgery wasn’t easy. The Roanoke Rapids elementary school teacher had tried numerous weight loss approaches. She researched and considered her options for a year, wanting to make sure she made the right choice for her and her family.

Today, she has no doubts that gastric bypass surgery was the best option for her, and it changed her life more than she thought possible. “It was undoubtedly the best thing that ever happened to me, outside of marriage and having my son,” Ferguson said.

Ferguson was 286 pounds at her heaviest. She had sleep apnea and was at risk of developing diabetes. “Food was my drug of choice; it was how I coped with everyday stresses,” she said. "I remember finally reaching the point where I asked myself, ‘Are you waiting to hit 300 pounds or develop a serious health problem?’”

That’s when she decided to move forward with the Roux-en-Y gastric bypass procedure with Ranjan Sudan, MD, at the Duke Center for Metabolic and Weight Loss Surgery. After talking with friends who had similar procedures with Dr. Sudan, Ferguson chose gastric bypass, the most common bariatric surgery procedure performed at Duke. The surgeon creates a small stomach ‘pouch,’ using only five percent of your stomach, to help you eat less.

The American Society for Metabolic and Bariatric Surgery reports that people typically lose between 60 and 75 percent of their excess weight in the first year after bariatric surgery, and maintain 50 percent excess weight loss five years after surgery.

Ferguson had the procedure in June 2012. The surgery, along with careful attention to her diet and physical activity, helped her get down to 168 pounds within two years. Four and a half years after the surgery, Ferguson reports she now weighs 186 pounds, meaning she has maintained a loss of 79 percent of her excess weight. She no longer suffers from sleep apnea.

“Now, I understand for the first time in my life what it means to be full,” Ferguson said. “And there is life on the other side of the fat woman.”

One of her favorite post-surgery moments was being able to fit her whole body into one leg of a pair of denim capri pants she used to wear.

She believes it could be an option for others who struggle with their weight. “I would encourage anyone who thinks this might be an option for them to just investigate it,” she said. “I’ve gotten what I always wanted; I’m healthy.” 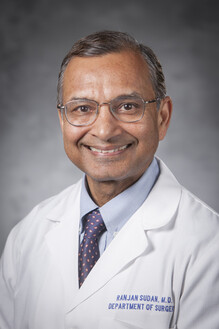 Life After Adolescent Weight Loss Surgery
Back to Top