Understanding the Role of Lymph Nodes in Cancer

Cancer cells that break away from a tumor can travel throughout the body via structures in the lymphatic system called lymph nodes. Removing and analyzing lymph nodes in a lab determines whether cancer has spread. However, lymph node removal (the procedure is called dissection) can lead to problems, explained Dr. Paula Lee, MD, a gynecologic oncologist at Duke. The biggest concern is lymphedema.

“It’s a huge quality of life issue,” Lee said. “It’s a permanent condition that doesn’t go away with treatment. Women come in and say, ‘I don’t want a full lymph node dissection.” That’s because once lymph nodes are removed to stage gynecologic cancer, they can no longer act as conduits for lymph fluid. The fluid can build up and cause painful swelling in the legs that can lead to infection and illness.

"We want patients to be educated about this option. They should ask their doctors about the benefits, and seek out an institution like Duke that offers it on a routine basis.”

The sentinel nodes are the first lymph nodes to which cancer cells spread. They are identified with the help of a radioactive dye, and removed during a sentinel node biopsy -- a less invasive, shorter surgery – then studied for the presence of cancer.

Studies suggest that evaluating the sentinel nodes in cases of breast cancer, melanoma, cervical cancer, and head and neck cancers such as thyroid cancer can indicate if extensive surgery is necessary. If no cancer is found, the more extensive lymph node dissection is not needed.

“We are removing sentinel nodes in the majority of endometrial cancer cases,” explained Dr. Andrew Berchuck, MD, a gynecologic oncologist at Duke. “Only about five to 10 percent of early endometrial cancers have” cancer that has spread to the lymph nodes." When the risk of cancer spreading to the lymph nodes is higher, a full lymph node dissection may be necessary. There is enough data on sentinel node procedures to show it is accurate, he said. "We have completed hundreds of these cases and have a wealth of experience. If those nodes are negative, it is highly unlikely that there are positive nodes elsewhere. You can spare the patients from undergoing a full node dissection, and lower their risk for lymphedema, blood loss, and other complications.”

Ask Your Doctor about Sentinel Node Biopsy for Endometrial Cancer

Duke is one of the few centers where oncologists perform sentinel lymph node procedures for endometrial and vulvar cancer. Lee said it’s important for women to know this is an option.

“Savvy patients who are more educated are seeking it, but many women don’t know about this,” she said. “We want patients to be educated about this option. They should ask their doctors about the benefits, and seek out an institution like Duke that offers it on a routine basis.” 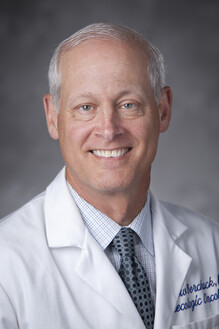 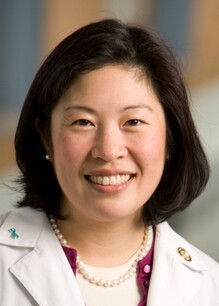