In 2018, LaShonda Sousa had endoscopic sinus surgery at Duke that relieved years of sinus problems.

LaShonda Sousa suffered from sneezing fits, a constant runny nose, and other common allergy symptoms for years, but eventually her issues became severe enough that she had to be hospitalized. Sousa soon discovered she had a severe form of sinusitis that could be corrected with surgery at Duke University Hospital. Today, the 19-year-old college student is grateful to be able to breathe easily and focus on her studies.

Fayetteville native LaShonda Sousa can’t remember a time when she wasn’t experiencing allergy symptoms. At one point, she thought she might have nasal polyps (non-cancerous areas of inflammation in the nose), but her local doctor dismissed her concerns.

Things got serious two years ago when the vision in her left eye started deteriorating, and an eye doctor sent her to get CT scans. “Within a matter of hours, he said I needed to go to Duke immediately,” Sousa said. “I was super scared. My mom was super scared.”

RELATED
Do I Need a Sinus Specialist?

The 90-minute drive was nerve-racking. Once they arrived, Sousa was whisked through the emergency department and admitted to the hospital for several days while doctors ran tests and took more scans. Ralph Abi Hachem, MD, a Duke ear, nose, and throat (ENT) doctor and sinus specialist, discovered Sousa had a severe case of allergic fungal sinusitis (AFS). AFS is an inflammation in the sinuses and nose caused by an allergic reaction to fungi that naturally exist in the air, he explained.

“She had very bad sinusitis that had, over the years, eroded the bone, compressed the optic nerve, and caused her vision issues," said Dr. Abi (that’s what his patients fondly call him). “The bone at the base of the skull was completely gone.”

Sousa was able to leave the hospital, but her doctors prescribed a generous course of an oral steroid called prednisone to reduce the inflammation in her nasal passages.

“I hadn’t been able to breathe through my nose, I had lost most of my sense of smell, and I didn’t even realize it. I had constant postnasal drip in my sleep,” Sousa said. “After the prednisone, that stuff stopped, which was great. Then it was time for my surgery.”

Dr. Abi said he aims to achieve three outcomes during this type of sinus surgery. First is to improve symptoms by removing nasal polyps and hardened mucous and fixing any obstructions, like a deviated septum. Second, is to open up the sinus cavities by removing some thin bone, nasal lining, and mucosa (small hairs that push mucous toward holes in the sinuses to drain them). This allows for better drainage and makes it possible to deliver medicines (like nasal sprays, saline rinses, steroids, and antibiotics) directly to the nose and sinuses, avoiding most of the side effects associated with systemic medications. The third goal is to clear a path for any in-office procedures that might be needed later in case of flare-ups.

The surgery itself took longer than expected, about five hours. All the incisions were made inside the nose, which meant there are no scars on Sousa’s face, and no nasal packing was used afterwards. She was able to go home the same day. “When I got done with it, I could breathe through my nose with such a clarity that I hadn’t experienced in such a long time. That was awesome,” she said.

Since the surgery, Sousa has noticed a huge difference. She is able to breathe through her nose and smell, she's able to sleep better without postnasal drip and coughing, and is much more productive in her daily life. She has been able to keep her symptoms under control as long as she does regular saline rinses every few days and uses nasal sprays as needed. Unfortunately, Sousa didn’t regain the vision she lost, which would have been completely preventable if her sinusitis had been caught earlier. A sophomore at UNC Greensboro, Sousa is living on campus and pursuing degrees in political science and religious studies.

“It’s a very rewarding surgery to do because you can really improve the quality of life of people really fast,” Dr. Abi said. “I always ask my patients after their surgery if they’re happy they had it done, and they always say, ‘Yes, I wish I had done it earlier.’” 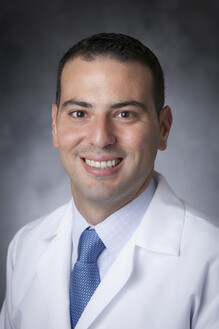 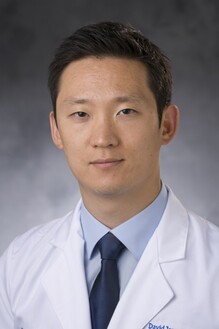 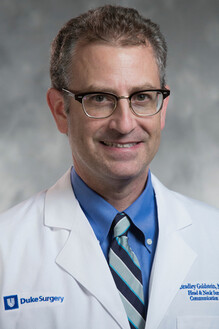 Do I Need a Sinus Specialist?
By Morgan deBlecourt

Does My Child Need an ENT?
By Morgan deBlecourt