Kenn Wiggins, 40, enjoyed five years of good health after undergoing a liver transplant near his home in Charlotte, NC. However, when his autoimmune hepatitis, a chronic liver condition, returned and attacked his new liver, his kidneys also suffered irreversible damage. Now, he needed a kidney transplant as well as another liver. The center near his home turned him down for the multi-organ transplant. They thought his risk was too high; his condition too complex. Fortunately, Wiggins was referred by his doctor to the transplant experts at Duke. Their experience transplanting multiple organs was exactly what he needed. Today, a few years after receiving a kidney transplant and a second liver, he is feeling great. “Duke saved my life,” Wiggins said.

Wiggins was 25 in 2003 when he was diagnosed with autoimmune hepatitis, a disease that causes the body’s own immune system to attack the liver which can eventually lead to liver failure. In 2008 he underwent his first liver transplant.

He remained healthy for about five years. “Then I had my first rejection,” Wiggins said. The autoimmune hepatitis had returned and attacked his new liver. Medication helped, but by 2016 Wiggins needed another liver transplant.

This time, however, Wiggins kidneys were failing. While the reason wasn’t completely clear, his doctors surmised that it was due to the autoimmune hepatitis. Because there was concern that his kidney function would deteriorate even further if he had a second liver transplant, Wiggins now needed a kidney as well as a new liver. However, his local transplant team wouldn’t do the complex procedure. That’s when the Duke team stepped in.

“We know we can handle the sicker patients,” said Matt Ellis, MD, Medical Director of Duke’s kidney transplant program. “Our transplant surgeons are very experienced at transplanting both organs. And our hepatologists and nephrologists are experts at managing the anti-rejection medications needed to protect the transplanted organs and the patient.”

It took about one week for Wiggins to be evaluated at Duke and approved for a kidney and liver transplant.  The speed at which the testing and decision-making took place – especially a multi-organ transplant -- is unusually fast, but common at Duke. At most centers, the process can take weeks or even months.

Wiggins underwent the liver transplant first because his kidneys were still functioning at a level that did not qualify for transplant. “It was a complicated surgery because it was his second transplant, and he had significant kidney disease,” said Carl Berg, MD, Medical Director of Duke’s abdominal transplantation program. “But we were very successful getting him through it.”

As suspected, Wiggins’ kidney disease worsened after the liver transplant. However, it still wasn’t at the point where he qualified for a kidney transplant. In response, the Duke team was able to enroll Wiggins in a special UNOS program called Safety Net. It prioritizes people who have poor kidney function that deteriorates after a liver transplant. Within a few months, the Duke team’s documentation showed his kidney function met the program’s guidelines, and his kidney transplant was approved. Four days after being placed on the waiting list, Wiggins received his new kidney.

“If someone has a lung, heart or liver problem with concurrent kidney dysfunction, they’re likely to find smiling faces at Duke,” Dr. Ellis said. “We’re very comfortable with that.”

Duke consistently achieves very positive outcomes following multi-organ transplants, and treats more very sick people than most centers in its region. However, that high volume doesn’t tell the whole story — Duke also prides itself on the exceptional care it provides people, care that is delivered on a very personal level.

“The real joy of the job is watching patients like Kenn as they heal and get stronger, and get back to living their lives,” Dr. Berg said. 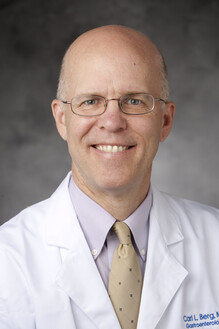 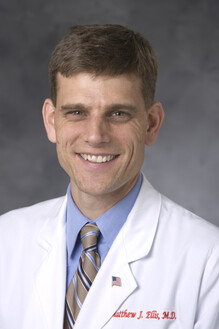 Duke Care Coordinators, Patient Navigators Help You Through...
By Morgan deBlecourt
Back to Top