Investigational pacemakers -- the size of a small pen cap or vitamin pill -- are eliminating the need for painful surgical incisions and wires to connect the devices to the heart. Duke is one of about 50 heart centers worldwide -- and the only North Carolina site -- where people can participate in clinical trials of the two new pacemakers that regulate heart rhythm disorders.

The Problem with Today’s Pacemakers

More than 200,000 pacemakers are implanted in the U.S. each year to control a heart rate that is either too fast or too slow. Conventional pacemakers are inserted into a pocket created by a surgeon under the collarbone. Long electrical wires, also called leads, are placed inside the heart. The sensors at the leads’ tip detect and regulate the heart’s electrical activity, which controls heart rate and rhythm. Stitches are required to close the incision.

“The weak link in current pacemakers is that they need leads,” said Jonathan Piccini, MD, a Duke electrophysiologist. “They have to twist and bend through blood vessels and they bend repeatedly with each heartbeat – your heart beats about 100,000 times each day -- which can strain the wires.” The leads can also clog veins or become embedded in the heart tissue after years of use. That can hamper surgery to replace a pacemaker that has become infected or when the leads need to be replaced or upgraded.

The latest pacemakers eliminate most of those complications, said Dr. Piccini, a co-investigator at Duke in the clinical trial for the tiny Micra transcatheter pacing system. Duke is one of only 50 medical centers worldwide implanting this device as part of the study.

A second leadless pacemaker, called the Nanostim, is also under investigation at Duke, under the direction of electrophysiologist Brett Atwater, MD. Duke is one of 54 sites in the world participating in this trial.

The Micra pacemaker is about the size of a large vitamin. It is inserted through a large catheter that is threaded through a vein in the leg, and placed in the heart’s right ventricle. It is held in place with tiny anchors. An electrode at its tip paces the heart.

Both function as traditional pacemaker do, and have similar battery life. However, “there is no incision in the shoulder, no leads, and the device is a fraction of the size,” Dr. Piccini said.

“We anticipate people will have a quicker recovery with the new pacemakers and a lower risk of complications including infection and bleeding,” said Dr. Atwater. Because of their tiny size, the newer pacemakers are more cosmetically pleasing. They don’t leave a bulky lump under the skin as current pacemakers do.

Leadless Pacemakers Implanted Throughout the Triangle 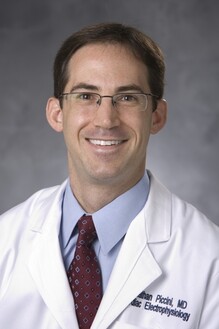 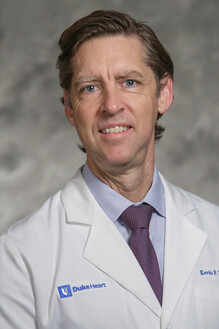 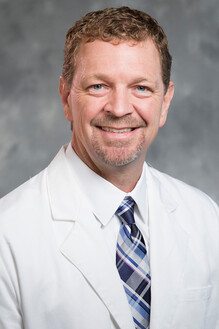