After Robert Lontz had two kidney stone attacks, he worked with his Duke urologist on a kidney stone disease management plan that helped him successfully avoid a third.

When kidney stones strike, ‘nothing else matters’

Lontz, 80, describes kidney stone pain as so intense that “there’s an immense feeling of desperation to get out of it. Absolutely nothing else matters.”

Lontz should know. He’s suffered the pain of kidney stones twice. The first time, he was in his late 20s. “I hauled myself over to the hospital. The pain got more and more intense while I was sitting in the emergency room. I passed out.” When he awoke the next morning, a urologist told him he’d had a kidney stone. “I remember him telling me, ‘If you have any luck at all, you’ll die before you have another attack,’ Lontz said.

But it happened again, several years later, and he had surgery to remove the stone. By then, Lontz was a patient at Duke Urology. Neither he nor his doctors wanted him to have a third attack, so they began taking steps to manage his kidney stone disease.

Duke urologist Dr. Glenn Preminger, MD, of the Duke Comprehensive Kidney Stone Center, did a thorough evaluation to find out what made Lontz prone to developing kidney stones. A CT scan showed that Lontz had existing stones—including one that was nearly an inch in diameter, far too large to pass.

Since the kidney stone wasn’t causing Lontz any pain, there was no need to remove it at the time. “Unless such stones are obstructing the urinary tract or causing infection, we often choose just to observe them and start preventive medical therapy,” said Dr. Preminger. “The treatment plan can reduce the risk of new stone formation or growth of existing stones by 90 to 95 percent.”

Lontz followed this treatment plan for 11 years with no issues. Over time, the large stone shifted position in his kidney. In 2012, the avid tennis player started to notice a faint discomfort, especially after physical activity. “It was just barely above the threshold of awareness but annoying—one of those things where you could toss a coin as to whether you want to deal with it now or just keep on putting it off,” he said.

He put it off—he was busy organizing a 50th reunion for his graduate school class—until 2013, when Dr. Preminger performed a type of kidney stone removal surgery called percutaneous (through the skin) nephrolithotomy. That involved inserting a small, hollow tube into Lontz’s kidney through a small incision in his back, then threading instruments through the tube to break up and remove the stone.

For Lontz, this kidney stone experience was worlds apart from his first two. “When the general anesthesia wore completely off, I was expecting to add some painkiller,” he recalled. “Remarkably—just unbelievable to me—I didn’t even need an aspirin. I suffered no post-surgical pain. I was on the tennis court within a week after the procedure.”

Kidney stone prevention is key for those at high risk

Dr. Preminger said the availability of this kind of minimally invasive kidney stone surgery, plus methods to prevent kidney stones from forming, make it important for people at high risk of recurrent kidney stones to get preventive care. “We shouldn’t have to tell patients there’s nothing we can do to prevent stone recurrence,” he said. “There’s definitely something we can do by performing the appropriate evaluation and getting them started on selective medical therapy.”

As for Lontz, he continues to follow his treatment plan and has experienced no new stone formation. “I’m not anticipating any surgical procedures in the future, but of course, life has all kinds of surprises,” he said. In the meantime, “I’m being very well looked after by people who are extraordinarily competent. I have great respect for Dr. Preminger and always look forward to seeing him.” 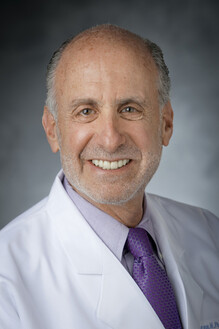 Duke Again Among Top Ranked U.S. Hospitals
By Debbe Geiger
Back to Top