Iron deficiency anemia is a preventable illness that affects many infants and toddlers in the United States. Jennifer Rothman, MD, pediatric hematologist and associate director of the Duke Pediatric Sickle Cell Clinic, explains the importance of screening for iron deficiency anemia, its symptoms, and who is at risk.

What is iron deficiency?

Iron deficiency is the most common nutritional deficiency in the world. The World Health Organization (WHO) estimates that nearly one third of the world’s population may have low red blood cell numbers due to insufficient iron.

In the United States, iron deficiency remains common with nine percent of toddlers between the ages of 12-36 months having inadequate iron stored in their bodies.

What is iron deficiency anemia?

Anemia refers to a significantly lower-than-average red blood cell number or a decrease in the protein called hemoglobin (oxygen carrier) for his or her age and gender.

In toddlers, that is defined by the WHO as lower than 11 gm/dL for both boys and girls. In the U.S., 5 percent of toddlers between the ages of 12-36 months have anemia, and iron deficiency is the cause of anemia in 40 percent of those children.

Why do we need iron?

Iron is important for many processes in our body including carrying oxygen to all of our organs. Most of the iron in our body is found in hemoglobin, a protein in our red blood cells. Iron is also stored in our liver, bone marrow, and spleen in a storage form called ferritin. Iron is necessary to make red blood cells, as well as for normal growth and development. Iron deficiency in infancy may be associated with developmental delays or behavioral problems.

A developing fetus gets all of its iron from its mother during pregnancy. Most of the iron stores are given to the fetus in the third trimester.

A full-term infant born from a healthy mother will have enough iron to support growth and development until four to six months of age. After that, iron needs to be absorbed through the diet in the form of breast milk, iron-fortified formula, solid foods, or vitamin supplements.

Iron deficiency is most often caused by not enough iron absorbed through the diet. Sometimes people lose a lot of iron from the body in the form of blood loss. A good example of that is very heavy menstrual bleeding or bloody diarrhea from inflammatory bowel disease.

What are the symptoms of iron deficiency?

Symptoms of iron deficiency include:

Who is at risk for iron deficiency?

How do you screen for iron deficiency anemia?

Due to how common anemia is in childhood and the potential impact of anemia on growth and development, the American Academy of Pediatrics recommends screening for iron deficiency anemia at 12 months of age by checking a hemoglobin level as well as getting a good history for iron deficiency risk factors.

If the hemoglobin is low, then it is helpful to get a full blood count to look at the size and shape of the blood cells. Iron deficiency anemia is associated with small red blood cells, or cells that have a low MCV.

Another helpful test includes a serum ferritin which measures the amount of iron stored in the body. The serum ferritin may be falsely high if your child has recently been sick.

Screening for iron deficiency is recommended at any age for a child who has symptoms or significant risk factors.

How do you treat and monitor iron deficiency anemia?

If anemia is identified in a child with risk factors for iron deficiency, then it is reasonable to start iron replacement without sending a serum ferritin.

Iron replacement consists of an iron vitamin, either liquid or pill, at a dose of 6 mg/kg/day of elemental iron. Taking the iron supplement with a vitamin C-fortified liquid, such as orange juice, will help the iron be better absorbed. Milk intake should be limited and an iron-rich diet should be encouraged.

If iron deficiency is the cause of the anemia, then an increase in the hemoglobin by 1 gm/dL after four to six weeks is expected. Iron supplementation should be continued for at least six weeks after normalization of the hemoglobin in order to refill the child’s iron stores.

A repeat blood count should be performed three to six months after the iron supplement is stopped to make sure the child is maintaining his or her iron stores. If there is not an improvement in hemoglobin while taking iron supplementation, then further investigation is recommended.

Sometimes the lack of improvement is because the iron is not being taken as prescribed or the child’s diet has not changed. Other times, the cause of the anemia may not be iron deficiency.

How do you prevent iron deficiency?

Full-term infants can get iron from iron-fortified formula or breast milk. Breast-fed infants should start a vitamin with iron (1mg/kg/day) at four months of age until iron-containing solid foods, like iron-fortified rice cereal, are introduced.

Infants should be weaned to a cup around 12 months and should not start cow’s milk until older than 12 months. Cow’s milk should be limited to no more than 24 ounces per day (eight to 12 ounces will be sufficient and is much less likely to cause anemia). 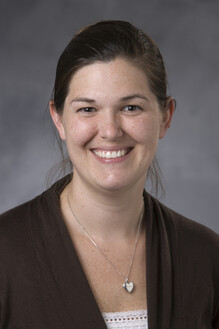 Why antibiotics aren't always the answer

Water Is the Healthiest Option
By Jenny Favret, RD
Back To Top