Daisy Lester was born with a cleft lip and cleft palate, common birth defects that occur when the sides of a baby's face don't fully grow together during pregnancy. Even before Daisy's birth, her mother, Sarah, met with the Duke Health Cleft and Craniofacial team. She found comfort knowing Duke experts had developed proven techniques for treating babies with cleft lip and palate. Sarah said she was confident that Duke’s team would give Daisy a normal life.

At her 20-week prenatal exam in her hometown of Fayetteville, North Carolina, Sarah received Daisy’s diagnosis. “It was crushing,” she said. “It was nothing I had ever prepared for mentally.” Cleft lip and cleft palate occur in about one in every 1,600 babies, according to the Centers for Disease Control. These birth defects can make breastfeeding difficult until the gum and lip segments are reconstructed. Breastfeeding was important to Sarah, who works as a lactation consultant. It had also been a challenge with her two other daughters, Aubrey (now 8 years old) and Everley (now 5 years old), who each needed months of learning and growth before they were able to breastfeed well.

“I was hopeful my third child would allow me to have that breastfeeding relationship from the beginning, but losing it with Daisy before it even started was one of the hardest blows I’ve ever experienced as a mother,” Sarah said. Still, she hoped she would be able to breastfeed when Daisy was an older baby. “Knowing we were going to get treatment from some of the best people in the world for cleft lip and palate brought us comfort.”

Sarah met with the Duke Cleft and Craniofacial team while she was pregnant to prepare for what would happen after she gave birth. Shortly after Daisy was born in July 2018, she was fitted for a customized orthopaedic device called nasoalveolar molding (NAM). The device brings the gum and lip segments together by reducing the width of the cleft over several months. This makes surgeries to repair a cleft lip or palate easier and reduces the number of procedures needed.

Sarah said she chose Duke specifically because other pediatric clinics in North Carolina either didn’t offer the NAM device or didn’t have the level of expertise she found at Duke. During Daisy’s first four months of life, Sarah took her to weekly appointments to assess how the sides of her cleft were coming together. She was treated by Pedro Santiago, DMD, MBA, a craniofacial orthodontist who helped develop the NAM device, which is now used throughout the world.

“The device is effective because it’s customizable like a retainer,” Dr. Santiago explained. “It is a non-invasive, small acrylic plate, which by small weekly modifications helps us bring the gum and lip segments together.”

“With cleft lip and palate, the term ‘severity’ is used to describe the degree of separation between the two sides of the face. A wider cleft is more difficult to repair and more likely to require multiple surgeries over time,” said Dr. Jeffrey Marcus, MD, a craniofacial surgeon.  “By molding the cleft prior to surgery, it creates an optimal situation for every child regardless of where they started. In other words, it makes ‘severity’ a less relevant concept.”

Three months after she was born, Daisy’s lip and gum line were repaired by Dr. Marcus. Because a cleft lip and palate can create issues with hearing and can increase the chance for hearing loss later in life, during surgery Daisy had tubes placed in her ears to prevent future ear infections and potential hearing problems. The surgery unveiled Daisy’s new smile for the first time. “It was even more beautiful than we could have imagined,” Sarah said.

Daisy excelled after the initial surgery to bring her cleft together. Her speech and feeding improved quickly. Daisy’s said her first word when she was around six months old; it was “Mama.” Sarah said it wasn’t long before she started saying it more often and with confidence. "Our other girls both said 'Dada' first, so it was a big deal for me, but especially because we didn't know how her speech would progress," she said.

When she was almost one, Daisy’s love of food was clear. Sarah had her on baby-led weaning -- when babies are allowed to eat simple finger foods rather than be spoon fed baby food. “Our feeding therapist said she had never seen a cleft baby eat as much as her,” Sarah said. Small pieces of sushi or seaweed and rice are Daisy’s favorite foods.

Even though she wasn't able to breastfeed Daisy right away, Sarah asked the cleft team if she could try. Sarah had heard that doctors may discourage it for babies with a cleft lip and palate and was surprised when Dr. Marcus said not only was it safe, but it would also would help them connect more deeply. Daisy began to successfully breastfeed at 15 months old. Sarah said it became "one of the greatest gifts" she could receive. “His belief in us gave me such peace of mind,” Sarah said of Dr. Marcus.

Now almost three years old, Daisy continues to see the Duke Cleft and Craniofacial team for annual checkups. She will need some plastic surgery as she grows into adolescence, but she will require fewer procedures because she had the NAM device. Sarah is thankful for what Duke’s providers have offered her and her daughter. “I’m happy to have access to the team at any point in our parenting journey,” Sarah said. 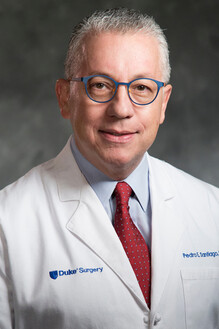 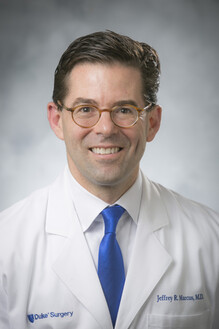 Duke Children's Ranked Among Top 50 Children's Hospitals by...
Back to Top