Increasingly, younger women with early-stage cancer in only one breast and no genetic risk factors are choosing to have double mastectomies. But there’s little evidence to suggest that removing the healthy breast will prolong their lives. Now a Duke Cancer Institute study finds it’s not likely to improve their quality of life, either.

From 1998 to 2011, the rate of women having double mastectomies for cancer in one breast increased nearly six-fold. The increase was mostly among younger women with early-stage breast cancer and no genetic risk factors—women who might be eligible for breast-conserving surgery called a lumpectomy instead of a full mastectomy.

Studies already suggest that removing both breasts has little impact on reducing deaths among women with cancer in only one breast. Now, Duke cancer researchers find it doesn’t have much impact on their quality of life either.  “Unless a woman has a gene mutation that places her at significantly increased risk of a new cancer in the other breast, double mastectomy doesn’t prolong life, and our study shows that it doesn’t make for a notably better quality of life,” said Dr. Shelley Hwang, MD, a breast surgeon at Duke and author of the study, which was published online in the Journal of Clinical Oncology.

“This is an effort to try to help patients make the best decision possible from a place of knowledge, rather than from fear of the unknown,” said breast surgeon Dr. Shelley Hwang, MD.

Understand Risk when Weighing Your Options

Many women opt for double mastectomy in hopes of relieving their fears of getting cancer in the other breast. “I think that decision is driven by a mistaken notion of how high their risk of cancer might be to the other side,” said Hwang. “About a third of women are afraid they will get cancer in the other breast, but the reality is that that number is probably less than 5 percent, and in some groups of patients it can be as low as 1 percent.”

Hwang stressed that the study did not look at patients with genetic mutations or high risk for repeat breast cancer. For those women, Hwang said, “I think it’s more important to look at having the other breast removed, because they can have up to 50 percent lifetime risk of having a new cancer. So, those are women who could potentially benefit from having even a healthy breast removed preventively.” She noted that only 5 percent of women with cancer have a genetic mutation related to their breast cancer.

Hwang said it’s important for women to discuss with their doctors all the potential benefits and downsides to various treatment options. “This is an effort to try to help patients make the best decision possible from a place of knowledge, rather than from fear of the unknown,” she said.

A more important factor was whether the woman also had reconstructive surgery, said Hwang. “As long as they have reconstruction, both patients with and without removal of the healthy breast are equally happy,” she said. “Removing the other breast doesn’t necessarily increase their satisfaction with the long-term outcome. It doesn’t improve their physical well-being, it doesn’t appear to substantially increase their psychosocial function, and it doesn’t appear to have any impact on how happy or satisfied they are long-term. 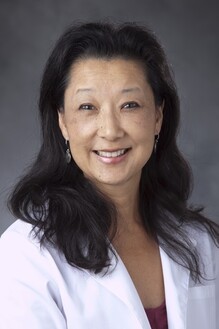 Six Questions to Ask About Mammograms
By Debbe Geiger