Stuffy head, sniffles, sneezing and coughing could mean you have a bad cold, flu or something worse. Such symptoms send thousands of patients to the doctor each year and sometimes result in a prescription for antibiotics. However, don’t be surprised if you don’t get that prescription the next time you go to the doctor’s office with a stuffy nose and cough.

Antibiotics are only effective against bacterial illness

“Most of the infections patients come in for have a viral or allergic cause,” explained Dr. Aparna Vaikunth, MD, a family medicine doctor at Duke Primary Care Croasdaile in Durham. “Antibiotics are only effective against bacterial illnesses, and over-prescribing antibiotics can render these drugs useless in the long run.”

Dr. Karl R. Bernat, Jr., MD, a primary care doctor at Duke Primary Care Harps Mill in Raleigh, agreed. “The majority of colds and other upper respiratory symptoms we see in primary care, the ER and urgent care are almost always viral illnesses and don’t respond to antibiotics,” says “We try to reserve antibiotics for symptoms that have been going on for longer than a week or when there’s fever.”

Antibiotics can do more harm than good

in some cases, antibiotics do more harm than good, said Duke internal medicine doctor, Dr. Joan Jordan, MD. The use of antibiotics when they’re not needed makes these wonder drugs resistant to bacteria, and over time they become less useful. They can also have side effects that make patients sicker than they were in the first place.

As a result, doctors are prescribing antibiotics less frequently. “We are prescribing fewer antibiotics these days in an effort to reduce the number of serious infections due to bacteria, such as MRSA, that are resistant to antibiotics,” says Jordan, who sees patients at Duke Primary Care Western Wake in Cary. More prudent prescribing can be helpful in other ways.

Preserving the usefulness of antibiotics

“By reducing the use of antibiotics, we also help to preserve the usefulness and effectiveness of our currently available antibiotics,” Jordan said. Doctors are particularly concerned about keeping the current arsenal strong, because there are very few new antibiotics being developed.

Patients can play a role in maintaining this important resource. “They can help in this effort by learning more about this problem and resisting the urge to request antibiotics for minor infections,” Jordan said. “Physicians feel pressured by patients to prescribe antibiotics in some cases. So it will take a team effort, including both providers and patients, to tackle this expanding problem.”

See the doctor if you feel miserable

If you feel miserable, it’s still wise to see the doctor. “We have other ways to help you feel better,” said Bernat. “Our job is to guide patients about when it’s OK to allow the body to heal itself and when an antibiotic is truly needed.” 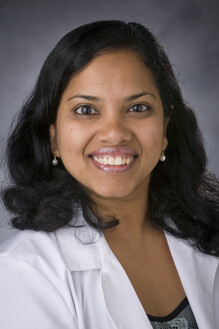 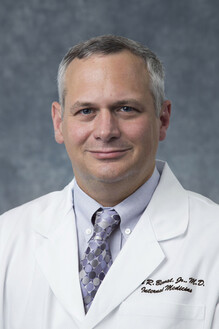