Ned Amendola, MD, is an orthopaedic surgeon who specializes in sports medicine at Duke.

When Carolina Panthers’ linebacker Thomas Davis broke his forearm during the NFC Championship game, speculation surrounded his decision to play in the upcoming Super Bowl, and whether he could play at the same level. Duke orthopaedic surgeon Ned Amendola, MD, said playing football with a broken forearm is definitely possible; whether he can perform to his potential will be unknown until closer to game day.

Can Thomas Davis play in the Super Bowl with broken forearm?

Doctors can only speculate about which bone or bones Thomas Davis broke when the Carolina Panthers linebacker injured his right forearm during a tackle in last week’s game against the Arizona Cardinals. Surgery to repair the break may have included plates and/or screws to stabilize the bone, said Dr. Ned Amendola, MD, an orthopaedic surgeon who specializes in sports medicine at Duke. A hard, durable splint that’s appropriately padded per NFL rules can help protect the bone during the game as it heals.

“Theoretically he can play because the bone is stable and because of the hardware,” Amendola said. “If the player is able to tolerate the discomfort, it’s definitely feasible for him to play” as long as he understands the risks and ramifications of playing with a broken bone two weeks after his injury.

Watch to hear Amendola talk more about the risks of Davis playing on Super Bowl Sunday:

Typically, a broken bone may take up to 10 weeks to heal. Re-injuring the arm while playing in the Super Bowl is Davis’ biggest risk. That’s a less serious health risk than returning to play after a spine or head injury, for example. If the hardware fails or the broken bone is displaced, he will probably need another surgery, Amendola said. “That’s the worst risk. If he has another bad hit, whatever was used to fixate the arm may not be able to withstand the impact.”

Why play in the Super Bowl with broken forearm?

Amendola has been taking care of football players for more than 20 years, and has seen them push themselves to extreme limits “for these types of once-in-a-lifetime opportunities.” He’s confident that Davis’ doctors will do everything they can to prepare and protect him for the big game.

“They’ll start therapy right after surgery to get his motion and function back,” said Amendola, who spent 14 years working with the University of Iowa football team, and is now working with Duke’s football team. “We had similar situations where players are in their senior year and want to get back by the end of the season. You try to expedite their return to play based on the player’s understanding and desire to get back in the game and willingness to undertake the risk.”

Will Thomas Davis be able to perform at Super Bowl?

Davis’ ability to perform at the same elite level remains the biggest question. The answer will probably be made at or just before game day. “In most situations, the player will have too much pain and discomfort to perform at this high level,” Amendola said.

“It takes an exceptional athlete and an exceptional recovery to perform at the necessary level” for a Super Bowl game, he said. “No athlete wants to jeopardize the success of their team. It they aren’t playing to the expected level; they probably shouldn’t play.”

Ultimately, the decision to play will be made by the Carolina Panthers doctors and coaches, who will assess Davis’ performance and decide if Davis can perform at the level needed to help the Panthers win the Super Bowl. 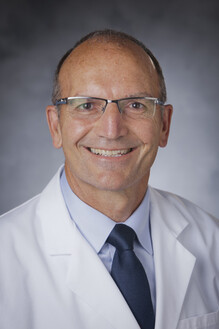