Most people who get the Zika virus won't have any symptoms, according to the CDC.

With a confirmed case of Zika virus in Wake County and warm weather on the way, should you be concerned about mosquito-borne diseases—and what precautions should you take?

We asked family medicine doctor Dr. Michele Casey, MD, to put the threat of mosquito-borne illnesses in perspective. While Casey sees most of her patients at Duke Primary Care in Wake Forest, she often travels overseas on medical missions and has advanced training in wilderness medicine.

There’s been at least one Zika case in Wake County. Is there cause for concern?

We need to be concerned enough about it to educate ourselves, but we don’t need to be alarmed. As more people travel to Zika-infected countries, we're starting to see more cases in the United States. Zika is transmitted by the mosquito that bites an infected person and then bites the traveler. So the traveler comes home with the virus. For most people, the illness that Zika causes is mild. The most common symptoms of Zika are fever, rash, joint pain and red eyes. The symptoms can last for days or a week. While many states in the United States are reporting travel-associated cases, the only territories reporting locally-acquired cases are Puerto Rico, American Samoa and the U.S. Virgin Islands.

Are there other ways to get Zika?

Are there risks for pregnant women and their fetuses?

Scientists are still studying the effects of the virus on pregnancy, the fetus while inside the mother, and the infant after birth. Recently, CDC scientists said there’s enough evidence to point to Zika virus infection during pregnancy as a cause of microcephaly​, a condition where the baby is born with a small head and poor brain development. Infants and fetuses infected with Zika may have other problems, such as hearing difficulties and impaired growth.

If you’re pregnant or planning to become pregnant and plan to travel to areas where Zika is more common, we recommend being even more vigilant about preventing mosquito bites. Women should also be cautious about having intercourse with a male who lives in or has traveled to an area with Zika.

What other diseases can you get from mosquitoes?

Other mosquito-borne diseases include dengue, west Nile and malaria. We’ve had reported cases of West Nile throughout the United States except for Hawaii and Alaska. Most people who have it don’t get very sick. Many don’t have any symptoms at all. We don’t see a lot of malaria or dengue except in people who travel to areas where those diseases are common.

We’re starting to see cases, but it’s mostly from travelers who have gone to areas where Zika is more common.

What should travelers do to protect themselves?

Visit the CDC travel website. You can choose the country you’re going to, and get more information about the diseases you need to be thinking about and what you can do to minimize your risk of developing those diseases. It’s also important to talk with your health care provider; they can provide additional advice on prevention.

What insect repellents are recommended?

The CDC recommends DEET as the number one product for prevention of insect bites. It’s important that you don’t apply DEET around your mouth and that you wash your hands afterward. Apply it over your sunscreen or your lotion, so it doesn’t interact with the sunscreen.

Some people have concerns about DEET. If you do, you can use other products, including ones that contain picaridin or IR535. Or you can use essential oil of eucalyptus or citronella. But if you’re traveling to areas where more serious mosquito-borne diseases are common, studies show DEET is better.

What other preventive measure should be taken?

If you’re really concerned, wear long sleeves and long pants. If you’re going to be camping or outdoors for a long period of time, consider clothes with an insect repellent called permethrin impregnated into the material. 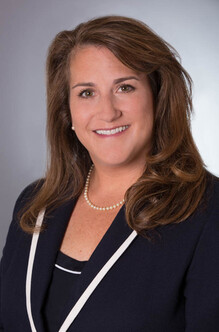 Why antibiotics aren't always the answer

Primary Care Is Comprehensive Care
Back to Top