Shirley Sulick decided to get screened for lung cancer after reading a magazine article about who is at risk. The screening caught her cancer early. “That decision may have saved my life,” she said.

Sulick of Wake Forest had been a pack-a-day smoker for nearly 25 years. Like most smokers, she knew about the dangers of long-term cigarette use. Even after she quit, she knew it was possible that she could develop lung cancer someday—or that she might have it already. Then she got something in the mail that changed her life: an issue of Duke Raleigh Hospital’s Healthy Focus magazine.

“I saw an article about this new lung cancer screening program at the hospital,” Shirley recalled. “It listed the criteria for people who are eligible, which I met. So I called the number and set up an appointment.”

Sulick went to the lung cancer screening clinic at Duke Raleigh in May 2014, and met with its director, Jennifer Garst, MD. The clinic offers an advanced screening tool known as low-dose spiral computed tomography (CT) for people who are at high risk for lung cancer.

At the time, Sulick’s insurance did not cover the cost of lung cancer screening, so she paid for the test out-of-pocket. (Medicare and private insurers now cover lung cancer screening with low-dose CT for current and heavy smokers.) The results confirmed her worst fears.

“Dr. Garst showed me a picture of my lungs,” Sulick said. “It looked like someone had sprinkled broken glass all over them.”

Don’t wait for symptoms to appear

According to the Centers for Disease Control and Prevention, female smokers are slightly more likely to develop lung cancer than male smokers. The risk for lung cancer increases the longer a woman smokes. A woman’s risk returns to normal levels two decades after quitting.

“Dr. Garst told me that if you wait until you’re feeling sick to get a diagnosis, it may be too late,” Sulick says. “I went in before I had any symptoms. That decision may have saved my life.”

Approximately four percent of patients screened through the program are diagnosed with lung cancer. They work with Duke Raleigh’s team of medical and radiation oncologists, thoracic surgeons, pulmonologists and radiologists who create a tailored treatment plan.

“Getting screened is the single most important thing long-term smokers can do to avoid an early death from lung cancer,” Garst said. “We’ve found that patients have better responses to treatment and a greater chance of survival when their cancer is discovered earlier.”

Thanks to early detection, Sulick started targeted drug therapy in December. She celebrated her 70th birthday in March with a bit of good news—her monthly CT scan showed the cancer was shrinking.

“My advice to others is don't put it off,” Sulick said. “Take action now, even if you aren’t having symptoms. It’s always better to know than to not know.”

If you’re a current or former smoker, call patient navigator Brenda Wilcox at 919-954-3877 to find out if you qualify for lung cancer screening. 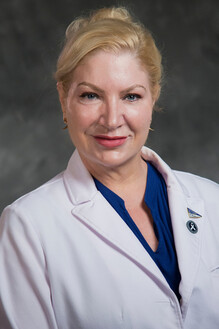 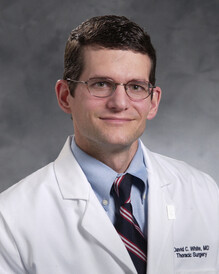