In a head-to-head comparison between a low carb/high fat diet and a high carb/ low fat diet, the low carb diet proved superior for managing diabetes, reducing swings in blood sugar levels and reducing medication use.

Doctors agree that a healthy diet and exercise are critically important for controlling diabetes, but there is no consensus on what kind of diet is best.

In a recent study, William Yancy, MD, an associate professor of medicine at Duke, and colleagues in Australia set out to answer that question in a head-to-head comparison of two diet approaches in combination with exercise: A low carbohydrate/high fat diet vs. a high carbohydrate/low fat diet.

Among the mainstays of the low-carb diet were lean meats, low-starch vegetables, nuts, skim milk and yogurt. The high-carb diet included high fiber cereal, pasta, bread, fruits, legumes such as peas and lentils, and larger servings of low-fat milk.

Both diets provided participants with the same number of calories a day, and both worked equally well for weight loss; participants reported losing an average of 25 pounds over the six-month study period.

But the low carb diet proved superior for managing diabetes, reducing swings in glucose levels so that participants were able to reduce their use of medications.

“The neat thing about this study was that patients were able to reduce their medications by controlling blood sugar levels with diet,” Dr. Yancy said. “This shows that diet can be a powerful therapy. We can reduce medications and the associated cost and potential side effects if we focus on diet.”

Of note: The study participants were also required to exercise for one hour, at least three times a week, and most participants did, and did so equally in both diet groups. 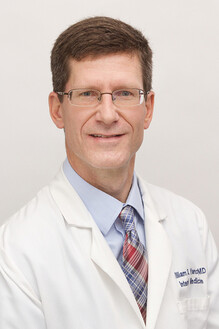 How to maintain a healthy weight

Small, Frequent Meals are Better for Your Metabolism
By Sheena Faherty

New Risk Factors for Type 2 Diabetes
Back to Top