Duke University Hospital has the nation's best outcomes for adult liver transplants from deceased donors, according to data from 2016.

Duke's transplant center, which in 1986 became the first in North Carolina to provide liver transplants, is among the nation's most efficient centers. It moves patients from the waiting list to transplant more than 2.5 times faster than the national average.

"That's an important statistic because about one-fourth of patients listed throughout the nation die without getting a transplant," said Dr. Stuart Knechtle, MD, a liver transplant specialist at Duke. Knechtle said Duke performed 98 liver transplants last year – the most in North Carolina.

Survival rates at Duke are also among the nation's best. Measured at one and three years, survival for adults who received deceased-donor livers at Duke is higher than at other centers in the United States.

"The chance of having a successful liver transplant is greatest at Duke compared to other centers in the country," Knechtle said.

Liver transplant is an option for people with end-stage liver disease, cancer and organ failure. 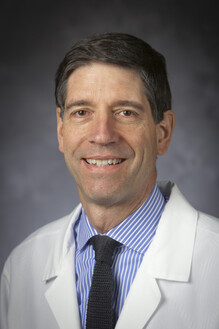