Michael Woods’ heart and kidney disease were slowly worsening as he waited for a heart and kidney transplant in early 2020. With limited hearts available, he could have spent years waiting for organs since his condition wasn’t severe enough to place him at the top of the transplant list. That changed when doctors told him about a clinical study of a new process for obtaining hearts from donors. Within one month, Woods got the call he’d been waiting for. Three months after receiving his new organs, 51-year-old Woods is taking daily walks in the park with his wife and is grateful for receiving a second chance.

Learning He Needed a Heart and Kidney Transplant

Woods was working as a corrections officer in Georgia when his heart disease and kidney disease got the best of him. “I was sluggish; I couldn’t do simple tasks,” he said. By 2017, he could no longer do his job. For the next two years, he was in and out of Georgia hospitals. In late 2019, he was told he needed a heart and kidney transplant.

“That just floored me,” Woods said. When he learned his hospital didn’t perform multi-organ transplants, he recalled asking, “‘What do I do?’ The doctor said, ‘I’m going to call Duke University Hospital. If you’re a candidate, you can get it there.’”

While Woods spent several months at Duke waiting to be matched with organs, his condition declined to the point where he was bedridden. His doctors recommended he receive a left ventricular assist device to get him mobile again. The battery-operated pump supported his weak heart by continually pumping blood through his body. Woods hated it, but it was his ticket out of the hospital and back home to Dacula, GA while he waited for a transplant.

Woods was told it could take up to two years for a heart and kidney to become available. When Duke cardiologist Chet Patel, MD, offered him the chance to benefit from a device being studied in a clinical trial that might help him get a heart faster, Woods agreed.

Dr. Patel was referring to a device being tested as part of a process called Donation after Cardiac Death, or DCD. In the United States, hearts can only be removed from a donor when a person has been declared brain dead, explained Adam DeVore, MD, who is also Woods’ cardiologist. Brain death occurs when all brain function stops, and only a ventilator keeps oxygen flowing and the heart beating.

“For cardiac death, there may be extremely limited brain activity (for example, certain reflexes) but still zero chance of recovery,” said Dr. DeVore. “The heart is allowed to stop beating for a few minutes before harvesting.”

Currently, other organs, such as kidneys and livers, can be donated after cardiac death, Dr. DeVore explained. Right now, in the U.S., hearts cannot. “That is what the DCD program allows,” he said. The clinical trial – in which Duke is one of a few medical centers participating -- is evaluating the viability of hearts donated from people who die of cardiac death, as opposed to brain death, and a device that preserves them until transplantation.

“Heart in a Box” Device

Once the donor’s heart is removed, surgeons connect it to a device that keeps the heart beating through the circulation of warm, oxygenated blood. The device and this process – sometimes referred to as a “heart in a box” -- allows hearts to stay viable while they are transported, sometimes from greater distances.

Duke surgeons performed the first DCD heart transplant in the U.S. in December 2019. Several more have been completed at Duke and around the country since. Woods underwent the first heart-kidney DCD transplant performed in the U.S.

“It seems like it will allow for more transplants to be performed,” said Dr. DeVore. He estimates that the process “could increase the donor pool by up to 30 percent per year for heart transplants.”

DeVore said the new process seems to be working. “The function of the heart looks normal, people are leaving the hospital, and they seem to be doing very well. It seems like a great way to expand the donor pool and offer a transplant to people who are at a lower status on the transplant wait list.”

As one of the first recipients, Woods is grateful he got the chance to participate, and the time he gets to spend with his wife, daughter and sister. “I’m amazed at how far science has advanced. I was looking at years down the road [for a heart transplant] as opposed to months. It feels so good to know I’ve been given this second shot at life.” 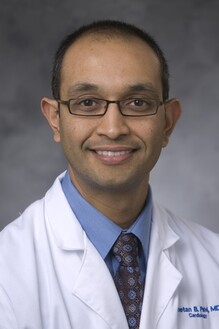 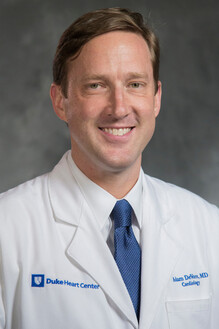 Thanks to a Heart Transplant, More Active Future a Possibility
By Morgan deBlecourt

Alternatives to Heart Transplant? You Have Options
By Morgan deBlecourt
Back to Top