Frequent hand washing, and avoiding touching your eyes, mouth and nose, will go a long way toward preventing the spread of nasty viral infections.

Wash your hands frequently and avoid touching your mouth, nose and eyes.

It’s common sense, but it’s the best advice you’ll get to avoid coming down with enterovirus, the serious viral infection that has been making news in recent weeks.

“This is a virus that is passed by contact with mucosal surfaces,” says Duke infectious disease specialist Cameron Wolfe, MD. “You can protect yourself by practicing frequent hand washing and trying to avoid touching your mouth, nose and eyes.”

Enterovirus is a group of viruses that are typically associated with nausea, vomiting and diarrhea. However, a particularly virulent strain has been aggressive in the Midwest, where it’s caused asthma-type flares in young children, and has even been linked in news reports to cases of paralysis.

While Dr. Wolfe says “this is normal enterovirus season for us,” the virus has been the subject of alarming news reports because of the asthma flares and the increase in cases, which strained resources at some Midwest hospitals.

So far, no one has confirmed a direct connection between paralysis and the virus.

“While that link hasn’t been proven, we need to keep an open mind if this is a new virus with new symptoms,” Dr. Wolfe says.

Regardless, your best chance for prevention is proper hygiene.  “While this can be quite severe for some individuals, the prevention strategies we recommend are the same as those we recommend in the middle of the flu season,” he says.

Wash your hands frequently and avoid touching your mouth, nose and eyes. 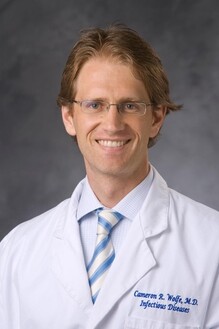