A type of ultraviolet light called ultraviolet light C or UVC is helping hospitals cut transmission of super bugs like MRSA that linger in patient rooms and cause new infections, according to a study by Duke Health researchers. As a result, several UVC machines are now in use at Duke University Hospital, Duke Regional Hospital and Duke Raleigh Hospital.

The large study, published in The Lancet, finds machines that emit the UV light can cut transmission of four major super bugs by a cumulative 30 percent. The finding is specific to patients who stay overnight in a room where someone with a known positive culture or infection of a drug-resistant organism had previously been treated.

“Some of these germs can live in the environment so long that even after a patient with the organism has left the room and it has been cleaned, the next patient in the room could potentially be exposed,” said Dr. Deverick J. Anderson, MD, an infectious disease specialist at Duke and lead investigator of the study. “Infections from one of these bugs are tough to treat and can be truly debilitating for a patient.”

The researchers focused on what Anderson called “the top four bad bugs we’ll see in hospitals” -- Methicillin-resistant Staphylococcus aureus (MRSA), vancomycin-resistant enterococci (VRE), C. difficile and Acinetobacter. “When patients get infections from these organisms they have prolonged hospital stays, often require intensive care and have basically a major interruption in their lives.”

During the study, a portable machine called the Tru-D SmartUVC was used to disinfect rooms where patients with the target bacteria had been staying. The machine emits UVC light into the empty room for about 30 minutes. The light bounces and reflects into hard-to-reach areas such as open drawers, and between cabinets and fixtures. The light waves kill bacteria by disrupting their DNA.

The researchers found that using chlorine bleach instead of quaternary ammonium cut transmissions of VRE by more than half. Adding UV light to the bleach regimen was even more effective; it cut VRE transmission by 64 percent.

“We can successfully reduce the risk of germs spreading through the environment through what we call, ‘enhanced disinfection’,” Anderson said.

Hospitals have to be strategic to enable extra disinfection time while considering varied discharge times, the demand for patient rooms and availability of the machines, Anderson said. Even with these factors -- which change daily -- hospitals involved in the study were able to disinfect 90 percent of the targeted rooms following the exact trial protocol.

UVC light is just one of numerous methods hospitals can add to standard disinfection regimens to continue to cut infection rates for all pathogens, including drug-resistant organisms, Anderson said. Strategies such as stringent hand-washing, precautions for staff contact with infected patients and prudent use of antibiotics in patients also play a role, Anderson said.

The Duke researchers are planning to look at other day-to-day strategies hospitals can use to manage infections, such as non-ultraviolet lights that are safe to use near people but also can halt the proliferation of germs.

During the COVID-19 response, Duke continues to routinely use adjunctive UVC light for all isolation discharge cleaning and as an adjunctive measure to assist with “deep cleans” or workrooms, breakrooms, and common spaces. 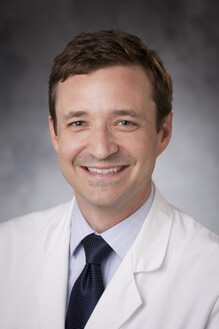 Say No to Unnecessary Antibiotic Use
By Ephraim L. Tsalik, MD

Avoid Viral Infections with Good Hygiene
Back to Top