Experts tell us that treating cancer is about treating the person, not the disease. When it comes to the prostate, men have a wide range of treatment options to choose from, based on both their cancer and their personal needs.

For three years, Charles Voigt, 63, has been living with the knowledge that he has prostate cancer. He has never had surgery, radiation, or any other intervention that people typically think of as a cancer treatment. Instead, he is undergoing what is known as active surveillance.

Voigt has his PSA levels checked regularly. A rise in prostate-specific antigens in his blood could signal the cancer is advancing. He also has regular biopsies of the prostate to monitor the tumor’s size and characteristics. Because Voigt knows that prostate cancer typically grows slowly, he’s OK with putting off surgery and radiation. For him, it just seems logical.

“In my case, my Duke doctors [Dr. Robertson and radiation oncologist W. Robert Lee, MD] felt my cancer wouldn’t have to be treated for about 10 years,” he said. “For me, that means 10 years without side effects and 10 years for new, advanced treatments to be developed.”

Voigt sought out a second opinion (and even a third), which confirmed that active surveillance was appropriate for his cancer. With each visit to a doctor, he takes his wife as a second set of ears, and recommends others do the same. “People hear things differently,” he said.

It takes a certain mind-set to be comfortable with this approach, Voigt admitted. “Some people are very reactive to the word cancer. Yes, I have cancer, but it is not a virulent cancer.” His diagnosis actually may have a silver lining. An avid cycler for 10 years, Voight has always lived a healthy lifestyle, but now he now takes even better care of himself. He eats well, consumes no red meat and little sugar, and meditates.

A Clear Path to Treatment

Jim Morgan* was 68 when his doctor found a fingernail-sized tumor in his prostate during his annual physical. “But my urologist wasn’t concerned,” Morgan says. “We checked my PSA, which was unexpectedly low, and he told me to come back in three months.”

Morgan made his way to Duke Raleigh and consulted with a team of specialists: Dr. Robertson, Dr. Lee, and medical oncologist Yuri Fesko, MD. The team agreed that this particular tumor was significant and likely to grow, so it should be treated early.

Morgan’s doctors discussed more than one treatment option with him, including brachytherapy—radiation therapy that uses seeds implanted in the tumor. In the end, he decided on surgery to remove the prostate.

Two years later, Morgan said he has no regrets, despite having experienced side effects. He is grateful not only for the expertise but also for the compassion of his doctors, his nurses, and his patient navigator, Dori Trone, RN, who Morgan said went above and beyond the call of duty to ensure  he had the best experience possible. 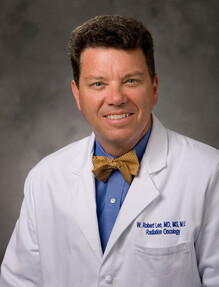 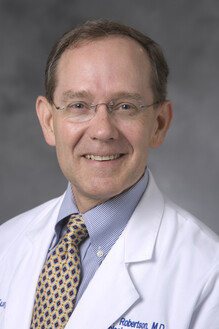