Vaughn's surgical scars are barely noticeable. "It's nice to not have too many reminders," he said.

Rob Vaughn found a lump on his neck that turned out to be cancer that had spread from somewhere else in his body. The trouble was, doctors couldn’t find the original site of the cancer. That made his treatment decisions difficult -- until two Duke specialists offered him options, including the option for watchful waiting instead of extensive treatment.

A Search for the Source of Cancer

Vaughn, a Charlotte, NC, father of two, was 47 and in good health when he felt the lump on his neck, just above his left collarbone.  It turned out to be a tumor in a lymph node. He had it removed, and the pathology report showed it was squamous cell carcinoma -- a type of cancer that usually starts on your skin or in your mouth or throat. Tests also showed that the cancer had spread beyond the lymph node, so Vaughn would need follow-up treatment.

Knowing where the cancer had started could help doctors determine the best way to treat it. Vaughn traveled to some of the best-known cancer centers in the U.S., undergoing tests and looking for answers. He even had his tonsils removed as a preventive measure. “Nobody seemed to know where the cancer started,” he said. “So there were differing opinions on what course of treatment to pursue.”

Still unsure but wanting to take the most cautious approach, Vaughn scheduled surgery followed by radiation at a cancer center far from home. Because there was no specific cancer site to target, the radiation would cover a large part of Vaughn’s mouth and throat.

Before his surgery date -- and for the second time since his odyssey began -- someone suggested Vaughn see Duke radiation oncologist David Brizel, MD. Dr. Brizel reviewed Vaughn’s test results and treatment plan, and the extent of the planned radiation concerned him. “Radiation therapy causes lots of side effects during treatment, and it can cause lots of long-term side effects as well,” he said. Side-effects can range from a severe sore throat -- making it painful to eat, drink, and swallow -- to loss of taste to ongoing dry mouth, which increases the risk for dental diseases and infections.

Teaming Up to Find the Right Treatment

Together the doctors searched for the primary cancer. Each time, Vaughn’s tests came back negative. At that point, the doctors theorized, “as likely as not, this was a skin cancer that either originated in the location where Mr. Vaughn first felt it, or it started somewhere on his face and spontaneously regressed -- which can happen,” said Dr. Brizel.

If it was a skin cancer, removing and testing additional lymph nodes in Vaughn’s neck might be the only treatment he needed. Dr. Lee performed the surgery, removing 30 lymph nodes. None tested positive for cancer.

That was good news, but it meant Vaughn had a choice to make in terms of what to do next. He could choose the typical approach for “unknown primary” cancer: extensive radiation with the potential for long-lasting side-effects. Or he could choose active surveillance in the form of frequent imaging tests. “We felt that, whatever the cancer was, it was very small,” said Dr. Lee. “With our current technology and PET scans, we could follow where this primary cancer might show up. If it ever did show up, we could catch it very early.”

The Choice to Watch and Wait

Drs. Brizel and Lee explained the potential risks and benefits of each option. Vaughn was particularly struck by the fact that a radiation oncologist was suggesting he consider not having radiation therapy. Dr. Brizel says that’s essential to his role. “Whether you’re a radiation oncologist or a surgeon, it’s mandatory that you know how to do what you’re trained to do extraordinarily well,” he said. “But it’s equally important, whatever specialty you’re in, to know when not to do something.”

Ultimately, Vaughn chose active surveillance. “I went back every couple of months at first, did some PET scans, had some other X-rays, and started alternating between seeing Dr. Lee and Dr. Brizel -- which I still do today,” he said. Gradually, the doctors increased the amount of time between scans, as the results continued to show no evidence of cancer.

More than four years later, Vaughn remains in good health. He enjoys a variety of activities, including playing football and racquetball with his kids and coaching their basketball and baseball teams.

Looking back on his experience with Drs. Brizel and Lee, Vaughn said, “What I appreciated was not only the collaborative effort, but also the creative thinking -- the recognition that, while certain treatments may be more likely to knock out a cancer, everything has consequences and they needed to weigh the pros and the cons and come up with a course of therapy that made sense for me as an individual. I really appreciated that.”

Learn more about head and neck cancer treatment at Duke. 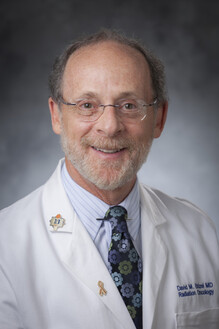 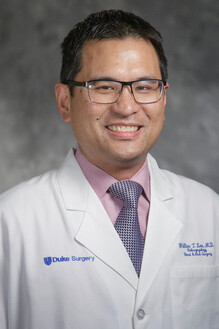