Achalasia can make swallowing nearly impossible. Many people with the disease require surgery to eat. Now, Duke doctors are using a less invasive procedure called POEM to help people with achalasia eat and drink comfortably again. They are among the few specialists in North Carolina trained to offer this new option.

People who experience this rare and often painful disorder go to great lengths -- standing up, twisting their bodies, or raising their arms above their head -- just to get food down.

“I’ve had patients who have to literally jump up and down repeatedly in order to get any food to pass,” said Matthew Hartwig, MD, a thoracic surgeon at Duke.

Some people stop eating solid food altogether. Others may also experience chest pain, weight loss, coughing, and regurgitation of food and liquids. Together, the symptoms of achalasia can significantly lower a person’s quality of life.

Abdominal Surgery Was Only Path to Relief

While medication and injections can provide temporary relief, abdominal surgery may be necessary to treat severe achalasia. Until now, that usually meant a procedure called a Heller myotomy, in which surgeons use small abdominal incisions to reach the contracted muscle. It can provide long-lasting relief and over many years has become the gold-standard therapy.

“By cutting the muscle, we relax the esophagus and allow the food and liquid to pass without difficulty,” said Dr. Klapper. It works well but requires a several-day hospital stay, and people can’t resume their daily activities for up to two weeks.

A new procedure called per-oral endoscopic myotomy (POEM) eliminates the need for abdominal incisions. Instead, a flexible tube called an endoscope is passed through the mouth and into the esophagus to reach the damaged muscle. A small light and camera at its tip allow the doctors to see and treat the muscle just as they do during a Heller myotomy.

According to Dr. Klapper, POEM is a major advance. “People go home the next day on a liquid diet, and over a matter of weeks we slowly advance them to a normal diet. They can go back to work quickly because there are no incisions to recover from.”

POEM Helps People with Achalasia Eat What They Want Again

POEM is less invasive and less traumatic to the body, which is an advantage for elderly patients and those with complex issues, Dr. Klapper said.

It can also help someone who has become accustomed to living only on liquids eat nearly everything they want again, Dr. Hartwig added.

However, POEM is not without risks. It has been shown to increase the risk of long-term reflux. And, it may not be the best option for everyone.

That’s why it’s important to discuss your options with the esophageal experts at Duke. The team meets regularly to discuss each patient’s condition, explained Darin Dufault, MD, a gastroenterologist with advanced skill and training in performing highly technical endoscopic procedures. Dr. Dufault and gastroenterologist Stanley Branch, MD, also perform the procedure at Duke.

“We help each patient understand the risks and benefits of each procedure and recommend the best possible treatment for them, whether it’s surgery or POEM or another intervention," he said. "Sometimes neither POEM nor surgery is the right choice,” he said. 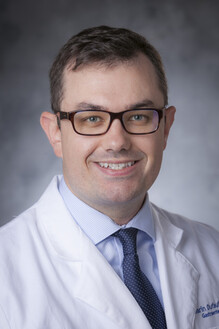 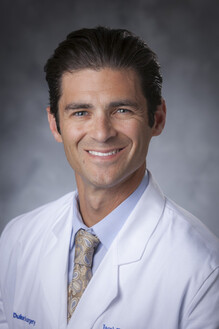 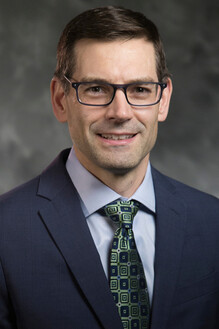 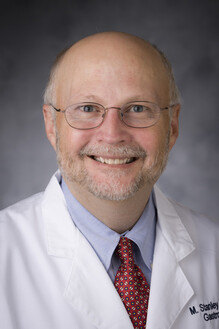