Kim Aiken can once again enjoy dog walking with her husband.

When the bunion on Kim Aiken’s foot grew so large that she had to go up a shoe size -- and so painful she could barely get through her nursing shifts -- she knew it was time to see a doctor. A Duke orthopaedic surgeon performed a new, less invasive type of bunion surgery, and Aiken walked out of the surgery center just hours after the procedure.

Bunion Pain Took a Toll on Wallet, Work, and Weight

A registered nurse in Duke’s cardiovascular MRI unit, Aiken is constantly on her feet.

“I first noticed something was wrong with my left foot when it felt pinched inside my shoe,” Aiken said. “I began having a hard time finding shoes that were comfortable to walk in 10 hours a day and spent a lot of money trying different kinds of nursing shoes that didn’t help.”

Over time, her bunion -- a bony bump near the big-toe joint -- became red, swollen, and painful. It forced her big toe out of alignment, pointing to the left instead of straight up.

“It hurt so badly I would cry after work,” said Aiken. “I didn’t want to do anything except come home and put my feet up. I stopped going to the gym and walking my dogs, and as I became less active I gained weight. When your foot hurts that badly, it affects every part of your life.”

She was referred to Duke orthopaedic foot-and-ankle specialist Selene Parekh, MD, who told her she was a candidate for a minimally invasive bunion surgery.

A Dramatic Difference in Bunion Surgery

Aiken was familiar with bunion surgery. Her sister had had the procedure years earlier and been off her feet for four weeks afterwards. A fellow nurse who couldn’t put weight on her foot for six weeks after bunion surgery had used a scooter to get around.

“Dr. Parekh said he would remove my bunion using a new technique that could have me back on my feet much more quickly,” Aiken said. “At that point I was in so much pain I was ready to have any surgery, but I was relieved to hear my recovery might be easier than what my sister and co-worker experienced.”

During traditional bunion surgery, which Dr. Parekh says is notoriously painful, surgeons make large incisions -- sometimes nearly two and a half inches long. Then they cut the bone, realign the joint, and screw it in place.

“With minimally invasive surgery, I make four or five poke-hole incisions that are only [about a tenth of an inch] long,” said Dr. Parekh. “I shave away the bunion and make repairs with special tiny instruments and hardware, using a type of real-time imaging called fluoroscopy as my guide.”

He adds that patients who have this minimally invasive technique typically have less pain and swelling after surgery, with a lower risk of infection.

Recovery and a Return to Activity

Aiken’s bunion surgery took place on a Thursday, then she took the entire next week off. By the following Monday, she was back at work with few limitations.

“I had to wear a walking boot for about 10 weeks to keep me from flexing my toe or putting too much weight on it too soon,” said Aiken. “But that didn’t prevent me from doing my job. My only concern was finding a shoe to wear on the other foot that was the same height as the boot.”

Six months after surgery Aiken is as active as ever, with no scars or pain. She is exercising again and has resumed her frequent walks with her husband and three dogs.

“My recovery was easier than I expected, even knowing in advance there were benefits to minimally invasive surgery,” she said. “I have a small bunion developing on my other foot, and if it ever becomes an issue I won’t hesitate to go back to Dr. Parekh.” 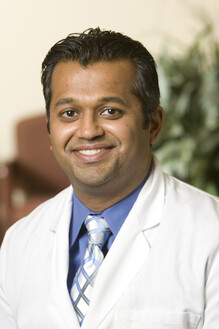