In April 2017, Debra Kelly developed an invasive strep A infection that almost killed her and required her hands and legs to be amputated. Just 10 months after learning about Duke’s hand transplant program, Kelly became the first person in North Carolina to receive a bilateral hand transplant. Today she is thrilled to be regaining her independence and returning to the activities she loves.

What seemed like cold symptoms for Debra Kelly quickly turned serious on Easter Sunday 2017. A whirlwind followed: she went in and out of cardiac arrest, her organs shut down, and she was put on life support. Kelly vaguely remembers her sister saying doctors would have to amputate her hands and legs, which had begun turning black after a rare and deadly infection turned into sepsis.

After the amputation surgery, Kelly was able to return home. In January 2018, lingering issues with her left leg brought her to Duke for a second opinion. During a follow-up appointment a few months later, Kelly’s doctor, Suhail Mithani, MD, mentioned Duke’s hand transplant program and put her in touch with hand transplant surgeon Linda Cendales, MD.

"She expressed a clear understanding of the process and had realistic expectations about the transplant,” Cendales said about Kelly. “She was unanimously approved by the Review Committee."

Kelly was placed on the transplant list on September 17. Just over two months later, she received the call that she’d been matched with donor hands.

"You know, I've been an organ donor my whole life, but to have a loved one's hands attached to someone else? That must be very difficult,” Kelly said.

The surgery, which happened on Thanksgiving Day 2018, took 14 hours and involved a large team of providers. Ten days later, Kelly was released from the hospital and began intensive occupational therapy.

Her hard work is paying off. She’s able to do things again that had been difficult, if not impossible, before -- like picking up her phone and feeding herself. Long-term, Kelly has plenty of goals.

"I want to learn to crochet again. I want to be able to ride a bike again. It's going to be difficult, but I still am that person that wants to get out there and do things,” Kelly said. “I want to do things for myself.” 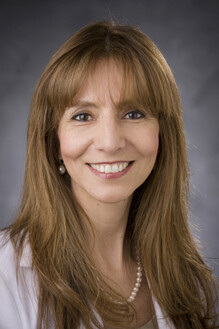