Heart patients typically do well during cardiac rehab programs but tend to lose momentum once the formal gym-based regimens end. Duke Health researchers wanted to know if something could be done to change that result. Their small study found that a follow-up program that uses wearable fitness trackers and virtual sessions with a health coach helped heart patients sustain lifestyle improvements after their cardiac rehab program ended.

"The benefits of a cardiac rehab program are well-established, but the gains tend to be temporary,” said William Kraus, MD, a Duke cardiologist who oversaw the study. “Good habits are hard to maintain for a lot of people once they are on their own and no longer have someone overseeing their progress.”

To understand whether a follow-up mobile health program could provide a measure of oversight and motivation outside of a gym-based regimen, Dr. Kraus and Duke exercise physiologist Brian Duscha developed a 12-week program that relied on activity trackers, a daily step count, and 12 weeks of personalized virtual sessions with a health coach who counseled the patients over the phone or computer. A small group of heart patients who were participating in cardiac rehab was enrolled in their small study. Following the conclusion of the 12-week program, the researchers compared participants' fitness and exercise levels to those of a group of cardiac rehab patients who did not participate in the 12-week post-cardiac-rehab mobile program.

After careful analysis, the Duke researchers showed that the 12-week program was successful in helping the cardiac rehab patients maintain their activity levels and even make fitness gains.

The study findings have important public health implications because maintaining physical activity and physical fitness are directly related to helping patients reduce their risk of cardiovascular events, such as heart attack and stroke, he added.

The researchers' findings are published in the American Heart Journal and are highlighted in a Duke press release. They are now looking to scale up the study with a larger group of patients. 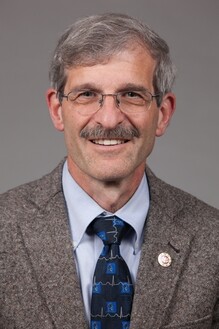 5 Reasons Why Women Should Be Proactive About Their Heart...