“I’m able to move around and function," said Greg Cannon, who was diagnosed with Sweet's syndrome. "I try to stay as active as I can."

Greg Cannon saw more than 15 doctors near his hometown of Valdese, NC, and was hospitalized twice with puzzling symptoms before Duke Health dermatologists confirmed he had a rare condition called subcutaneous Sweet’s syndrome. Their knowledge and expertise helped Cannon find relief from the painful symptoms and enjoy life once again.

Cycles of Fever and Pain

The first sign something was wrong came on a hot autumn day in 2013. Cannon was at an Atlanta Braves game with his wife, Linda, when, he recalled, “She looked at me and said, ‘Are you OK?’ I was burning up with fever.”

The fever came and went over the next few months, as did a painful, purple rash on his back and legs. “I’d have a flare up, get a little better, and think it was on its way out. Then it would start all over again,” he said.

With each episode, Cannon’s symptoms worsened. His fever climbed, his joints were stiff, he felt sluggish and miserable. Even the bottoms of his feet hurt. One time his hand swelled so much that he went to his local hospital emergency department, where they cut off his rings to restore circulation to his fingers. He was in that hospital for four days until steroid medication relieved the swelling.

The specialists didn’t know what was wrong. After he'd endured a battery of tests and been hospitalized twice, one of his doctors suggested he see a rheumatologist at Duke. He got an appointment in less than a week and headed to Durham.

“If you’re not getting satisfactory answers, you should continue to look for them.”

Cannon was very ill when he arrived for his appointment with Duke rheumatologist Lisa Criscione-Schreiber, MD. She quickly realized that his symptoms were more likely from a dermatological problem and reached out to Duke dermatologist Matilda Nicholas, MD, who made room in her schedule right away and ordered a biopsy.

“No one had ever figured out to do that before,” said Linda Cannon.

Dr. Nicholas suspected that Cannon’s painful nodules were coming from inflammation in his deep fatty tissue. A biopsy confirmed that she was correct and pointed to subcutaneous Sweet’s syndrome.

“Greg’s case was very severe and unusual,” Dr. Nicholas said. “There is no specific test for Sweet’s syndrome, so the totality of his symptoms and his biopsy results were key to the diagnosis.”

The Road to Health

The underlying cause of subcutaneous Sweet’s syndrome isn’t known, though it’s sometimes triggered by certain medications or an infection. It can also occur along with some types of cancer, usually leukemia. In Cannon’s case, there was no obvious trigger.

Once diagnosed, Cannon started taking powerful biologic medications that control inflammation by blocking specific proteins in the body. He sees Dr. Nicholas regularly so she can adjust his medications and monitor his health.

There are days when he has some discomfort and soreness, and he lost some feeling in his hand after the swelling. His energy level isn’t what it used to be, but he is he is doing well and enjoying life.

“I’m able to move around and function. I go to work and try to stay as active as I can,” he said. He credits his supportive friends and family with his success, especially Linda. “She’s my rock. I couldn't have come through this without her,” he said.

Both Cannons also credit Duke. Every Duke doctor the Cannons saw took the time to treat them with personal care. “Doctors at Duke always make you feel like you’re their only patient,” Linda Cannon said. That, she said, is why the three-hour drive they make to Duke is worth it.

Dr. Nicholas sees that as just part of her job. “For patients, having a good working relationship with your physician, with mutual trust, is very important,” she said. “If you’re not getting satisfactory answers, you should continue to look for them.” 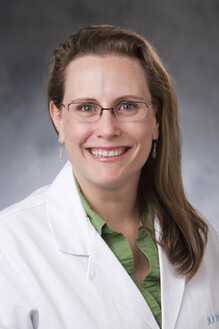 How to Support Yourself and Loved Ones in Hospice Care During...