Leslie Hollingsworth at her daughter's May 2016 wedding.

Leslie Hollingsworth was in her early 20s when her grandmother was first diagnosed with breast cancer. Now 50, Hollingsworth has been doing self-breast exams and getting mammograms ever since. Finding breast lumps was a common occurrence because, Hollingsworth has “fibrocystic breast tissue” or, simply put, lumpy, dense breasts.

“I would check my breasts and become concerned because there was always something there,” she said. Each time she would undergo an ultrasound and possibly a biopsy and be given the all clear.

In January 2016, Hollingsworth found another lump and made an appointment with Lisa Tolnitch, MD, a Duke breast surgeon whose breast cancer clinic in Raleigh was only 30 minutes from Hollingsworth’s home in Holly Springs. “That made it convenient, but that wasn’t a major factor,” she said. “I knew of her reputation. She came highly recommended.”

A digital mammogram, which generates clearer, more precise images of dense breast tissue, and ultrasound indicated, this time, Hollingsworth had something to worry about. A biopsy helped to confirm it.

Hollingsworth’s diligence with self-breast exams had paid off. Her breast cancer was caught early. “I could easily have waited,” she recalled. “In the back of my head, I was thinking, here we go again.’ But because of my family history, I made myself go to the doctor."

Tolnitch worked with Hollingsworth to set up her medical team. Together they decided on her treatment plan. She underwent a double mastectomy with reconstructive surgery at Duke Raleigh Hospital followed by chemotherapy.

During the whole time, Hollingsworth couldn’t stop thinking about how she would look and feel for her daughter’s upcoming wedding. Immediately after the surgery, Hollingsworth was afraid to look at herself. Once she did, she said she “was pleasantly surprised.”

Hollingsworth’s satisfaction with her physical appearance is largely due to a new technique called “hidden scar” surgery, an advance on nipple-sparing mastectomies. During the procedure, Tolnitch, who is certified in the approach, removes cancerous breast tissue through a single incision and leaves the nipple and areola untouched. The surgical scar can be hidden either in the crease below the breast, at the edge of the areola, or in the armpit.

“We’ve gone to extra lengths to do breast surgery with no visible scars,” Tolnitch said. “We use the patient’s existing nipple and hide the scar so after complete breast reconstruction, the patient looks as they did before. We try to do the majority of our cases this way,” she added. “It’s important to our patients’ well-being.”

Research demonstrates that is true. A recently published Duke study finds that breast reconstruction was the single most important factor in a woman’s quality of life.

Focused on the Future

After dancing at her daughter’s wedding in May, Hollingsworth is undergoing chemotherapy and focused on the future. “I feel very fortunate that my work has been so supportive. I live in an area where we have many good doctors. It really could have been much worse. I am very fortunate.”

At the same time, she knows that pushing herself to get her breasts checked made a huge difference. “When you have fibrocystic breasts, you’re accustomed to always having something going on. I’m glad I took the time to get it checked and not wait for my next mammogram” she said. 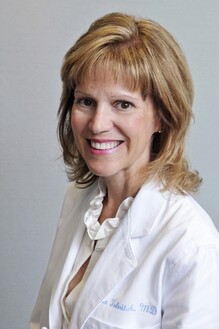 After breast cancer diagnosis and treatment: I feel I can do...

The silver lining in a breast cancer diagnosis
Back To Top