In a poignant, two-part segment May 15, 2016, CBS’s 60 Minutes returned to Duke to update viewers on the poliovirus therapy developed and tested by researchers at the Preston Robert Tisch Brain Tumor Center.

Sunday night’s segment revisited the work of Matthias Gromeier, MD, and featured interviews with neuro-oncologists Annick Desjardins, MD, and Henry Friedman, MD, along with and brain tumor center director Darell Bigner, MD, PhD, who are among many on Duke's poliovirus team.

The program also resumed where it left off in the journey of Nancy Justice and her family, who came to the Preston Robert Tisch Brain Tumor Center in October 2014 to receive the poliovirus therapy after undergoing unsuccessful treatment elsewhere for glioblastoma.

Sacrifice, commitment and, most of all, hope inspired Nancy and her husband, Greg, through the months that followed the treatment. After initially responding well and getting great reports during her clinical visits with Dr. Desjardins, who led her care, Nancy took a turn for the worse. She passed away on April 6, 2016 – 18 months after receiving the poliovirus therapy at Duke.

The program noted that the months that Nancy survived beyond the typical lifespan for people with glioblastoma were not without challenge, but also full of discovery and joy and gratitude.

For the team at the brain tumor center, Nancy’s death was devastating. But there have been many causes for hope. The first poliovirus patient, Stephanie Lipscomb, received the treatment in 2012 and has now graduated from college and is working as an oncology nurse. Another patient and young father, Brendan Steele, was featured in the program as a three-year survivor after receiving the treatment in 2013. All of the patients' experiences have offered tremendous insights into the poliovirus therapy and its potential.

As CBS reported, the Duke team, led by Dr. Bigner, was awarded “breakthrough therapy designation” by the U.S. Food and Drug Administration just last week, which will expedite the development and review of the poliovirus approach. To receive a designation of breakthrough therapy, preliminary evidence must indicate that the treatment shows substantial improvement over available therapy.

Additionally, the 60 Minutes segment reported that the Duke team is moving to open a clinical trial for children with brain tumors, which is planned to begin before the end of the year. It has also received grants to expand the research to explore the therapy’s effect on solid tumors. Laboratory studies are already underway in breast cancer models in work led by Duke's Smita Nair, PhD. 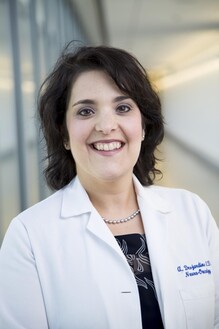 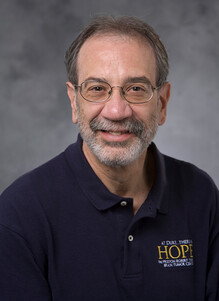 When Your Loved One has Aphasia

Tetanus Vaccine Helps Improve Survival in People with...
Back to Top