If you’re like most people, you take steps to avoid cancer—applying sunscreen religiously and giving up tobacco—but did you know that cardiovascular disease is the #1 killer of men and women in America? In addition to smoking, poor diet and sedentary lifestyle are major culprits, and although heart disease usually doesn’t show up until later in life, it’s never too early to start forming heart-healthy habits.

Taking small, proactive steps is something everyone can do. Sweeping resolutions are rarely sustainable, so forget major overhauls and home in on the little things. “Once you resolve to make changes, it’s important to start slowly,” says Kristin Newby, MD, a Duke cardiologist. “Even if you don’t see the effects immediately, you’re still doing something good.”

You can start today! Here are five simple things you can do to get on track to a healthier heart.

1. Walk Around the Block After Dinner

The American Heart Association recommends 30 to 60 minutes of exercise five or six days a week to keep your heart in good condition. If you don’t have an exercise routine, that’s OK. “Just start slow and increase by 5 percent a week,” Dr. Newby says. “You don’t have to do 30 minutes at first. Just tell yourself that today you’ll walk around the block.”

Eating high-calorie and high-fat foods leads to hardening of the arteries and forces the heart to work overtime. But rather than vowing to quit sugar or become an overnight vegan, resolve to swap out at least one unhealthy choice with a heart-friendly substitute. For example, replace the sugar in your tea with sweetener, choose the broiled option rather than the deep-fried, or institute a family tradition of meatless Mondays.

3. Take the Salt Shaker Off the Table

The American Heart Association’s guideline for sodium intake is 1,500 milligrams a day, which is less than a teaspoon of salt! Not surprisingly, the average daily sodium intake for Americans is more than twice the recommendation, most of which comes from processed foods. To reduce your sodium intake, take the saltshaker off the table so you aren’t tempted to sprinkle it on your dinner. Also, start paying attention to the amount of sodium in the foods you buy, and opt for the reduced sodium version of your favorite bread, cold cuts, or crackers.

You know a character on television is having a heart attack if he clutches his chest in pain. In reality, the indicators can be subtler. Nausea and back or jaw pain are common symptoms of heart attack in women, and men are just as likely to feel pain in the arms, jaw, or back as in the chest. Getting treatment as soon as possible is critical with heart attacks, and being able to recognize the signs of trouble could save your life.

Why go to the doctor if you’re not sick? It’s in the numbers: during an annual physical, your doctor can measure your blood pressure, your cholesterol and triglyceride levels, and your blood glucose levels. Knowing whether your levels are in the range of normal is important information that can help you stay healthy longer. Chances are, there’s a phone within your reach; you can schedule your physical right now. 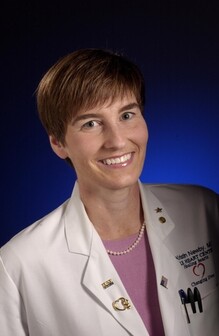 Don’t Let the Pandemic Stop You from Seeking Care for Heart...