Drs. Deanna Adkins and Jonathan Routh of the Duke Center for Child and Adolescent Gender Care

The Duke Center for Child and Adolescent Gender Care treats transgender children and teens and also provides much-needed services for children with differences in sex development (DSD). These patients are usually infants who are born with conditions that affect their internal and external sex organ development. The dated term for these conditions is “intersex,” but the term is now being reclaimed by some gender activists.

DSD is a broad term that covers a variety of medical conditions. Many conditions are diagnosed when the child is identified at birth as having ambiguous genitalia or genitalia that are discordant with their genetic sex.

The most common DSD condition is 46, XX congenital adrenal hyperplasia (CAH). These babies are born girls biologically, but because their adrenal glands are making too much steroid, their genitalia have a masculinized appearance at birth. For example, they may have a clitoris that looks like a penis, or the labia may be fused, resembling a scrotum.

DSD treatment depends on which condition the baby has. Sometimes they are treated with surgery, or, as is the case with transgender children, treatment may involve a hormonal component. Regardless of the treatment, most result in consequences that parents and the children will have to deal with for years to come.

The major concern for parents is making the choice whether to proceed with surgical correction. “It’s one of the biggest things parents have to struggle with,” said Dr. Jonathan Routh, MD, a pediatric urologist at the gender clinic.

Routh and Clinic Director Dr. Deanna Adkins, MD, often consult with one another while treating patients at the Duke Center for Child and Adolescent Gender Care. The clinic, which opened in 2015, is the first of its kind in North Carolina and only one of a few located in the Southeast.

“One of the big questions they have is, ‘Do we fix this with the surgery?’” said Routh. “There is a controversy whether ethically you can operate on a child’s genitals before they are old enough to say, ‘Yes I want to have surgery done.’”

The parents of babies with CAH often face the dilemma of whether to allow their child to undergo a surgery to correct a fused vagina and urethra. Without the surgery, the child will not have a properly functioning vagina or urethra. With surgery, they may be left with a desensitized clitoris, which will become a major concern once the child becomes an adolescent and later in adulthood.

“The goal is to have a long conversation with mom and dad,” Routh said. “There are potential consequences—negative and positive—whichever road you choose. If the parents decide they
want to have the surgery performed, we will discuss it with our ethicist and our team, and we will perform the surgery. But if there is a hint of a doubt, we will not perform the surgery.”

Routh stressed that addressing mental health concerns for children with DSD—much like with transgender children—is crucial.

“That is the cornerstone of what we provide for these kids,” he said. “Any urologist can do a surgery for a kid with congenital adrenal hyperplasia. That’s relatively straightforward. Any endocrinologist can give a hormone blocker to an adolescent who is transgender. The tough part comes in trying to treat them as a composite human with mental health needs.”

Because of the unusual and sensitive concerns of children with DSD, Routh said the best way to address all of their concerns is through an approach that involves multiple specialists, as they do at the gender clinic.

“The surgical questions are the easy part of the equation,” he said. “The hard part is everything that goes up to the surgery or deciding to not do the surgery. I can’t do that on my own. I have to have a team of other professionals that provide a different input into the process than I can give. Without that support, these patients aren’t getting fully treated.”

Routh, Adkins, and other providers at the gender clinic anticipate the demand for their services will increase substantially. They estimate 235 transgender patients will be seen during the clinic’s second year. Currently the waitlist to be seen is three months long, but they are working to decrease the wait.

Other goals for the coming year include creating a family advisory panel that comprises parents who will advise the clinic on how best to serve families. Adkins said the clinic has started conducting clinical research; they recently received funding for a study that will examine the intersection of transgender, body image, and eating disorders.

Routh said the clinic’s ultimate goal is to help all their patients live healthy and fulfilling lives despite their differences. “The hope is that because we’ve done a good job taking care of them, it never enters into their consciousness that they are different or that they have to struggle with this.” 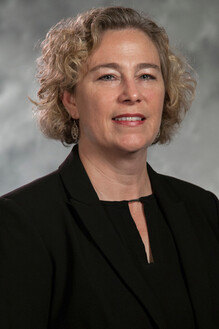 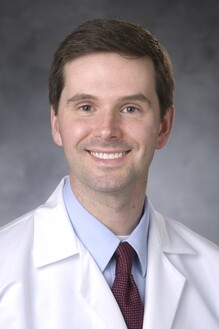 Duke Children’s Hospital Receives National Designation for...
Back To Top